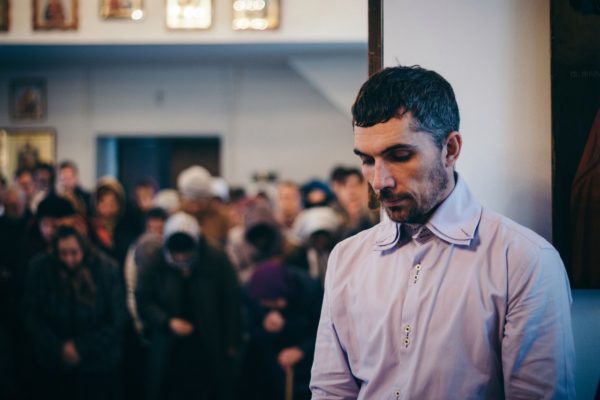 Throughout the years, I have had the privilege of receiving a number of people into the Orthodox Church—indeed, our own little mission consists overwhelmingly of converts and their children. Most of the converts come from various kinds of Protestantism, with Evangelicals predominating. Before receiving them into the Church, obviously some catechesis was required. One must teach them the differences between Orthodoxy and the churches from which they came—differences such as our views regarding baptism, the Eucharist, the Theotokos, prayers to the saints, fasting, soteriology, and the importance of calendar. But I have to come to see that the biggest difference of all—and for some the biggest hurdle to true interior conversion—was our differing understandings regarding the Church itself.

Orthodoxy’s ecclesiology is dramatically different from that of everyone else in the Protestant world, and unless this difference is understood and embraced, conversions will be incomplete and half-baked at best. It is important, in other words, that the former erroneous ecclesiology of Protestant converts be decisively dismantled. If it is left intact the door of apostasy from Orthodoxy may be left invitingly ajar.

In Canada, for example, the United Church of Canada includes such a confession, but that is effectively irrelevant, for no one denying the divinity of Christ (or, more recently, the existence of God) would be instantly excluded from the United Church on the basis of this denial. These creeds have historical value, but no actual relevance. On the basis of this theologically generous ecclesiology, the United Church of Canada would still be included as part of the one, holy, catholic, and apostolic Church—not necessarily in the conservative vanguard of that Church, but still somewhere within its ranks.

This is not the ecclesiology of the Fathers or of the Orthodox. For the Fathers and for their Orthodox heirs, substantial divergence from the Faith of the Church constituted heresy, and groups which had the integrity and honesty to split from the original apostolic Church on the basis of this divergence and go into schism (defining themselves as rival bodies from this original group) were no longer regarded as part of the Church.

In His final high priestly prayer recorded in John 17, our Lord asked the Father that His disciples would remain one, united to one another in the same unity that united Him to the Father. This prayer was immediately fulfilled; it does not refer to a future reunion of all the denominations, for when Christ prayed this prayer those denominations did not exist. Rather, the prayer referred to the unbreakable unity which was bestowed upon the Church on the Day of Pentecost.

This means that that Christ’s Church forever remains one church, with its members united to one another and to God. It is incapable of substantial division, for it maintains the unity for which Christ prayed. Substantial division of His Church is therefore impossible: one could split from the Church, but the Church itself could not be split or divided. In the early church, heresy and the consequent establishment of a rival altar constituted not a split within the Church, but the setting up of a group apart from the Church.

This is what was meant in the Creed by the confession that we believe in “one, holy, catholic, and apostolic Church”: the Church cannot lose its holiness, or its catholicity, or its apostolicity and still remain Christ’s Church. Neither can it lose its essential unity; by creedal definition the Church remains one. This was the emphatic teaching of every Church Father; there was no dissenting voice regarding the Church’s unity within Christian antiquity. Then came our modern period with its assertion that schism and separation from the historical Church did not possess the same significance assigned to it by the Fathers.

Given the problems afflicting the western church in the medieval period following its schism from the Orthodox east, one understands the insistence of the Protestant Reformers that separation from the papal west was imperative. The early Reformers regarded the Pope as the eschatological Antichrist, and this could not help but make schism from the papal church an urgent necessity. Nonetheless the ultimate result was the acceptance of schism as a defining feature of the Protestant churches. That is, schism from the papal church was accepted as normal and necessary, for the papal church (they thought) was not the true Church, but Babylon the Great, the Mother of harlots and the abominations of the earth (Revelation 17:5). For them the choice seemed to be either schism or apostasy.

Protestantism thus gradually came to lose the primitive Christian horror of schism. As time went on, with the continuing multiplication of Protestant denominations, what now matters among them is purity of doctrine, not unity—and sometimes doctrine takes a back seat to lesser things. The concept of schism has all but vanished from the theological glossary of Evangelicals: if they don’t like their church, they simply leave and start another one down the street. What the Fathers decried as schism is now regarded as normal church growth. So long as the new church does not make a point of denying the Trinity, it remains a part of the una sancta.

This minimalistic view of ecclesiological unity has little in common with the approach of the Fathers, who insisted on a substantial unity of both faith and practice in local communities before they could be accepted as part of the una sancta, the one, holy, catholic, and apostolic Church. For the Fathers, substantial divergence in matters of faith separated that community from the body of the one Church, with the result that the members of that community were no longer in communion with the rest of the catholic Church. Restoration to the unity of the Church depended upon the divergent body’s renunciation of its error and its return to catholic unity of faith and practice—otherwise it remained in schism, standing outside the unity of the one Church.

This understanding of ecclesiological unity remains normative in Orthodoxy today. Orthodoxy regards the Protestant denominations (and, come to that, our Roman Catholic friends as well) as in schism from the one, united, and indivisible Church. The root ecumenical problem therefore is not simply difference of doctrine, but schism. The Orthodox believe that they are the one, holy, catholic, and apostolic Church confessed in the Creed. Converts to Orthodoxy are not only invited to agree with its teaching, but to join its family. In converting to Orthodoxy they are not simply joining a different denomination, but returning from schism.

It should hardly need stating that all this does not mean that the Orthodox are better than others, or that there is no grace or salvation found outside its borders, or that they have nothing to learn from other Christians. To err is human, and there is more than enough humanity in Orthodoxy to go around. The issue here is not one of merit, but solely of the nature of the Church and of its unity.

This, I suggest, is the fundamental task of those converting to Orthodoxy and the necessary interior revolution they are called to undergo: to realize that they are not simply leaving one denomination to join another one, but rather leaving schism to enter the one true Church. As said above, that does not mean that the group they left had no saving grace or value. But it does mean that the group was in schism, and that Christians ought to unite themselves to the original Church which Christ founded. For whatever the value of the other Christian groups, the Lord has promised to guide and protect His Church and He made no similar promise to guide groups separated from it. The Orthodox Church, for all its faults (and they are many), abides under that protection. For conversion to Orthodoxy to be complete, the convert must understand that he or she is coming home.