The Non-Obvious and the Likely: More about how the Church is getting closer to the State

“Given the background to how Church and State are getting closer…”, this is the opening phrase of my friend, a secular journalist. 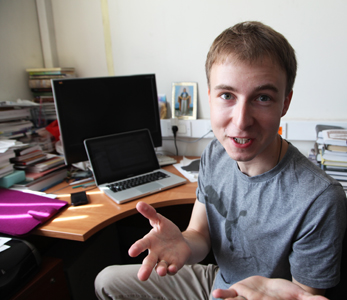 “Yes, but…”, out of habit I start by opposing him.

I am just waiting for the question: “You’re not going to argue about what’s obvious, are you?” Yes, I am.

In January 2011 the Church sent a document to the Ministry of Health and Social Development, called “Proposals for Improvements to the National Policy on Family and Childhood Care”. It contained 25 points. The Ministry “backed” only one of them – for “a week of thought” before an abortion. The Church was very pleased with this. Is that Church and State getting closer?

My confessor has been trying to build a church in Moscow for seven years. He’s got all the paperwork, permits and agreements, and constantly has to get new ones. It has taken years for the bureaucratic machine to turn over and for the church to start being built. Seven years! What is that – Church and State getting closer?

Who decided this business – that «the Church and State are getting closer»? Clearly, someone for whom life is life is just big politics, for whom the word “Church” simply means Patriarch Kyrill and the word “State” – Vladimir Vladimirovich Putin. Or at the very least by “Church” they mean the chairmen of the various departments of the Synod and by State – the ministers. And by “getting closer” they mean that in the course of meetings they say hello to each other, as is the convention, and shake hands.

Yes, some bishops do get on well with some government representatives. And why not – are they supposed to shout at each other all the time?