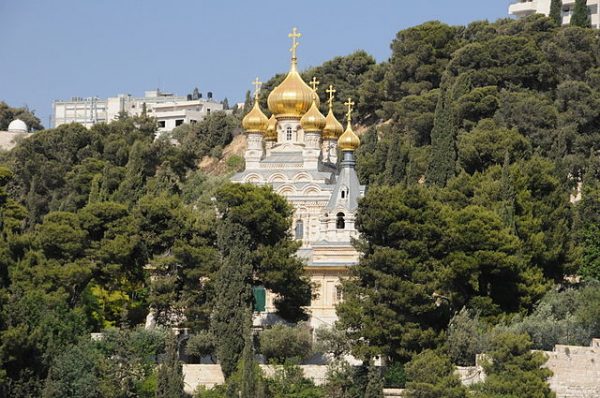 The St. Mary Magdalene Convent in the Garden of Gethsemane, Mount of Olives, Jerusalem.

With the help of the Russian Ecclesiastical Mission in Jerusalem of the Russian Orthodox Church Outside of Russia, the Orthodox Palestine Society/US Section, based in New York City, raised money in recent months for the benefit of Gethsemane Convent in Jerusalem.

The international political situation in recent years has led to a slow-down in the stream of pilgrims to the monasteries of the Holy Land, including Ascension of the Lord Convent on the Mt of Olives and Gethsemane Convent. This has put a strain on the financial situation of the communities.

Gethsemane Convent is located on property owned by the Orthodox Palestine Society, crowned by the magnificent pre-Revolutionary Church of St Mary Magdalene, Equal-to-the-Apostles, overlooking the Old City of Jerusalem. The temple, built by Tsar Alexander III in memory of his mother, contains the relics of Grand Duchess Elizabeth Feodorovna the New Martyr and of St. Varvara.

Gethsemane garden is where, according to the Gospel, our Lord Jesus Christ spent His last night on earth before His crucifixion.