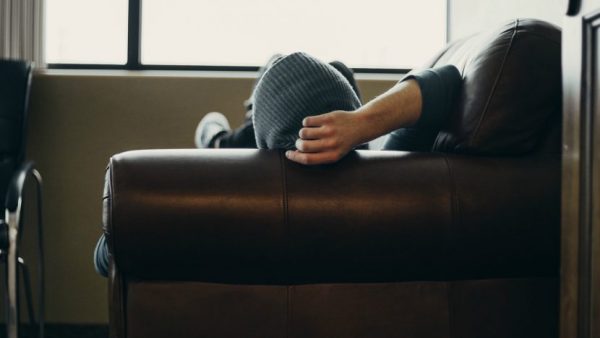 In our fast-paced society that prizes productivity and efficiency, procrastination is clearly a problem that can sabotage career and advancement. In a world preoccupied with high stress and low self-esteem, procrastination can be a serious issue contributing to more frequent physical illness as well mood disorders such as anxiety and depression. And even in Christian circles, procrastination can be a spiritual snare, for procrastination in repentance and the keeping of God’s commandments can destroy our very souls. Even though failing to follow through and complete an intended task until the last minute can keep us from our goals at every level, leaving us anxious, depressed and even seemingly far from God, we still procrastinate.

Psychologists often view the problem of procrastination as a problem of disconnect between intention and behavior. For instance, in his thesis entitled “Ruminating About Procrastination,” Brett W. Guidry notes that procrastination is a “delay of some sort, needless, and counterproductive…The idea of delaying an intended behavior seems to be crucial in defining procrastination. Without this intention-behavior gap, it is difficult to claim that procrastination has occurred.” Much like in the Lord’s parable about a certain man with two sons, the procrastinator says to himself, “I go, sir: and went not.” (Matthew  28-30).  In procrastination, the discrepancy between intention and behavior is also experienced as transgression of an inner law that the self has set. Procrastination can be viewed as a personal moral failure often expressed by so-called “should” statements such as, “I should have started this by now” or “I should have already completed this.”  Such realizations not only can lower self-esteem, but also can lead to anxiety, stress, and ensuing health problems.

Guidry goes on to point out that procrastination represents a breakdown in self-regulation or self-discipline, in part due to the fact that procrastinators are also more impulsive by nature with an inability to stick to a given task. Joseph R. Ferrari examined the relationship between impulsivity and procrastination and found that procrastinators “spend less preparation time on tasks that were likely to succeed and more time on projects likely to fail (Lay, 1990); they also tend to underestimate the time required to complete tasks.”  Ferrari concludes “ frequent procrastination (e.g., indecisiveness and pronounced tendencies to avoid threatening situations) is related to dysfunctional impulsiveness (high speed-high error)… To the extent that these procrastinators possess deficits in cognitive processing abilities, tendencies to speed up and work faster to complete a task by deadline will likely result in poor performance because of the subsequent lack of sufficient time and ability to perform efficiently.”

In other words, procrastination, the guilty feelings about failing to do what we intended to do, arise from poor judgment, poor self-control, and a failure to face squarely our own problems. In spiritual terms, we could say there is a lack of discernment, asceticism, and courage. Procrastinators are like the man who failed to sit down and count the cost like the parable of the man in intending to build a tower (Luke 14:28). They resemble Eve who saw the fruit was pleasant to the eyes, took it and ate it (Genesis 3:6). They view their project or problem, much like the fearful disciples afraid to face a storm or even a young girl warming herself by fire (Mark 14:69). In patristic terms, procrastination involves a kind weakness in the three parts of the soul, the reasoning, the desiring, and the aggressive faculties. In particular, there is a lack of planning in the reasoning faculty, shifting fancies in the desiring faculty, and apprehension in the aggressive faculty. Fortunately, the fathers have time-tested methods for dealing with spiritual sickness in each of these areas.

And the basic method in all cases is prayer. The three-fold ill of procrastination can be healed by actively turning to God on a daily basis, seeking His wisdom, His strength, and His assistance in the tasks of the day. It means asking God’s help to strengthen our good intentions, by faith proceeding to implement those intentions, and by calling on His Name disregarding the distractions and temptations that get in our way. We need to heed our Lord’s words: “And what I say unto you I say unto all, Watch,” watching our plans, our desires, and our courage all in the light of His victory over every foe. If we do this in the spiritual life, we can also learn to do it in other areas. Encouraging watchfulness in his monks, Elder Ephraim would urge, “Compel yourselves; say the Prayer; stop idle talk; close your mouths to criticism; place doors and locks against unnecessary words; time passes and does not come back; and woe to us if time goes by without spiritual profit.” Putting first the kingdom of God and his righteousness, let’s first try to be watchful in our spiritual life by turning to God who can then help us overcome this obstacle in all the areas of our life to His glory. Amen.