The Serbian Patriarch Received the President of Ukraine 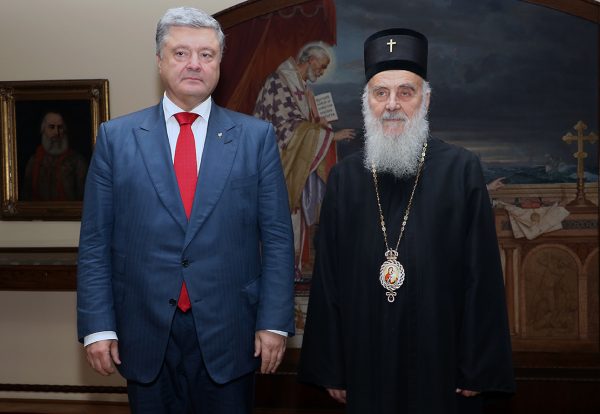 The President of Ukraine thanked His Holiness for the cordial reception, during which they talked about various challenges that the two brotherly peoples, Serbians and Ukrainians, have been facing. Serbian Patriarch Irinej told President Poroshenko that he highly appreciated the position of the Ukrainian government regarding the status of the southern Serbian province of Kosovo and Metohia and the readiness of the President to help while reconstructing and protecting Serbian Orthodox shrines there. On his part, His Holiness emphasized that he had been praying for peace in Ukraine and expressed his firm hope that all local problems would be solved by peaceful means in a fair way.

The reception was attended by associates of the President of Ukraine; His Excellency Rade Bulatovic, Ambassador of the Republic of Serbia to Kiev, and deacon Aleksandar Prascevic, PhD,  head of the Serbian Patriarch’s Office.