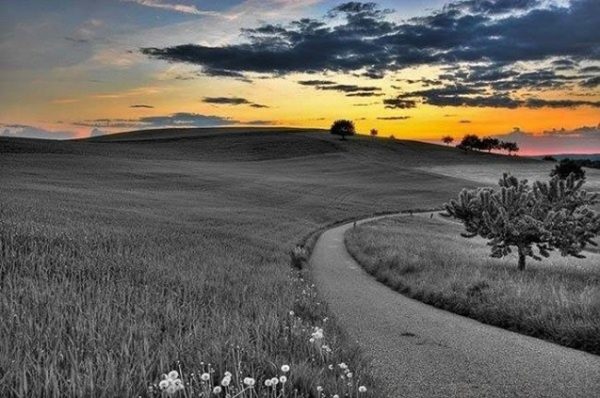 The path of wickedness is easy; the path of goodness is difficult.

‘As easy as it is for the upright to change and fall away, it’s just as difficult for the others, the wicked, to alter’ (Saint John the Sinaite, The Ladder of Divine Ascent, discourse 24, 11).

Changeability is a characteristic of human nature. God alone is immutable and utterly unalterable- he alone is truly stable. We aren’t now talking about created spirits, the angels and demons. After the fall of the first angel, Lucifer, they were made partially immutable: the angels, on the one hand anchored in goodness; the demons, on the other, fixed in evil and wickedness.

What a tragedy for us humans, however. Shifting towards wickedness is infinitely easier for us than turning towards goodness, towards God. You’re one of God’s creatures, he upholds you with his loving providence, he’s constantly urging you towards your true goal- a living relationship with him- and yet you ceaselessly lean towards the opposite. What a mystery is concealed in our freedom. How can we explain something which  we can’t logically understand?

Our creation demonstrates this: at the instigation of the evil one, we showed disobedience towards our Father and Maker. It’s also shown by the whole course of the first revelation in the Old Testament: chosen Israel constantly doubts and reacts against God’s interventions. It’s proved in the most conspicuous manner by the coming of Christ, God himself, as a human person: people scorned him, doubted him, crucified him. And since then, the same thing all over again: ‘he is destined for the falling and rising of many and to be a sign that is opposed’. ‘His own did not receive him’.

We see it ourselves in our daily lives: we turn more easily towards wickedness. Evil, though- naturally- beautifully wrapped, attracts us more. There’s a verse in a Greek folk song which says: ‘the drink of sin is sweet’, and it seems that this is true of us.

So why is this the case? There are, of course, explanations but not enough for a full answer. For example, our tendency to lean towards wickedness is now an innate function within us, creating a second nature- habit. It’s not at all easy to resist what we’ve wrongly become accustomed to.  Then there are the passions, that is the powers of the soul which, through habit, have been distorted and which have our body itself as an ally. They feel the pleasure which evil and sin bring us. It’s far from easy to fight against something that’s so pleasant for us.

And yet, according to the Lord, our turning towards the uphill path of virtue is ultimately so necessary because it’s the only one which leads to life. The other path leads to death. And we have two very powerful allies if we take this path. The first is the assistance of the Lord himself; we’re not alone in the struggle. And secondly, the more we persist and become used to goodness, the more it becomes our delight and enjoyment.

‘Do not become accustomed to being defeated in the spiritual war, because habit becomes second nature’ (Saint Efraim…

Fear: Cause and Cure

The Christian faith doesn’t doubt the existence of fear in people’s lives. It accepts it as a reality…