The Everyday Miracles We Don’t Notice 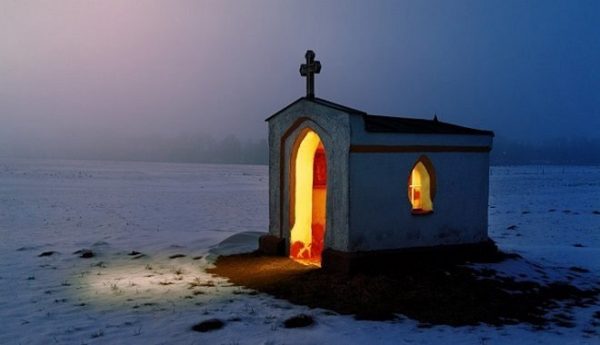 Saint Sophrony in Essex said that we still have not a few ascetics (whom the Lord has hidden) who don’t perform obvious miracles, though great miracles occur every day in their souls, unobserved by most people. One such miracle is when the soul leans towards pride, it falls into darkness and sloth. But if it’s humbled, then joy, compunction and light come to it. [in Saint Silouan the Athonite]

When they hear of a living saint who works wonders, particularly the healing of spiritual or bodily ailments, most Christians try their absolute best to visit him or her, if possible, to get their blessing, to tell them their problems, and be healed and have their health restored. And this is profoundly human, because no-one wishes to suffer and be tormented in a world which, in any case, offers mostly pain and hardship, because of our fall into sin. And this haste to seek out a saint also happens, of course, after the saint has departed this world. There are still his or her relics, there’s perhaps a wonder-working icon, there’s the grave, and there are various items which have been sanctified by their touch. People in pain must, however, be guarded when having recourse to someone and be sure that these persons do indeed bear the marks of sanctity as described by the Church from its inception by Christ and thereafter. Because the wicked devil is always at work in the world. Saint Paul says the evil one can transform himself into ‘an angel of light’ in order to lead us astray. The important thing is that many people seek out a wonder-working saint because they realize, quite rightly, that God’s grace is particularly present in that person, since it’s God who makes people his saints and gives them talents which they can then use for the good of others: ‘freely you have received; freely give’. Let’s not forget that most often God acts in the world through his people, as was the case even with his incarnation: he became human in order to save us humans.

Saint Silouan notes, however, that there’s another dimension to miracles which, although it exists and, in fact, occurs daily, goes unnoticed by most people. These aren’t the obvious miracles of well-known saints but those wonderful events which happen daily in the souls of unobtrusive saints. Saint Silouan allows us to conclude that these miracles aren’t less great or effective than the ones we consider major wonders. The great Saint Silouan’s contribution on this subject is that, by the grace which God gave him, he guides us so that we can open our eyes to the hidden reality, which is the true and profound actuality of our world. Isn’t this what Saint Paul means when he urges us to concentrate not on what’s perceptible to the bodily senses- the ‘seen’- but on the ‘unseen’ in the depths of our world, which is the action of God’s grace and is that which maintains the universe and is eternal? ‘We look not at what can be seen but at what cannot be seen; for what can be seen is temporary, but what cannot be seen is eternal’ [2 Cor. 4, 18]. This, of course, is because God has given us the grace to ‘walk by faith’, not only by the senses. It’s faith, the eye of the soul, which enables us to perceive the supra-sensual realities that are many times more authentic. Unbelievers aren’t able to see these depths, because they act as if they’re blind. As, indeed, they are, because their eyes are ruined by their wickedness and are still enveloped in the murk of their passions.

What are these wonderful things experienced by saints who are unobtrusive because God chooses not to reveal them? Saint Silouan is our comforting guide: they’re all the things which are in the nature of miracles and which are experienced by all true believers in the Lord who strive to observe his holy commandments. If you lean towards pride, he says, you’ll realize your departure from path of the Lord from the negative symptoms you suffer: ‘darkness and sloth’. But if you begin the struggle for humility, then ‘joy, compunction and light’ will come, which are signs of God’s presence. And what else can you call the perceptible presence of God’s grace other than a miracle? So, according to Saint Silouan, it’s not just various ascetics, unobtrusive saints, who experience his presence by a miracle, but all the Christians in the world, provided they keep God’s commandments before them and ask him for the strength to observe them. They don’t look for miracles in others. They experience them themselves, where they are, in their own existence, in their body and soul. This being so, they, too, see God directly, in the sense that they have personal experience of God, who knows no greater joy than to ‘share’ himself and to dwell in those who want him in their life. In the end, it’s not only Saint Silouan who stresses this truth. All our holy Fathers tell us about the power of faith in us when we set it to work by our well-intentioned will. Saint Isaak the Syrian, for example, believes that no matter what the state we find ourselves in, even the darkest, we can see in ourselves the miracle of resurrection, what he calls ‘the resurrection from the dead’, provided we wake up and want to align our lives with what the Lord has ordained. And, in essence, it’s certainly what the Lord reveals in his parable of the prodigal: ‘My son was lost and has been found; he was dead and lives again’. Precisely because he found the way back to God, that is, he repented. So repentance is the greatest miracle and can be experienced by  each and every person in the world.

‘Keep Saying in Your Heart’

‘Keep saying in your heart “Christ is love”. In this way, you’ll love everyone else, all other people,…

‘Do not become accustomed to being defeated in the spiritual war, because habit becomes second nature’ (Saint Efraim…

The path of wickedness is easy; the path of goodness is difficult. ‘As easy as it is for…