Source: Interfax-religion
Natalya Mihailova | 28 October 2015
Moscow, October 28, Interfax - The Holy Synod of the Ukrainian Orthodox Church of the Moscow Patriarchate is concerned with kindling religious hostility in the country. 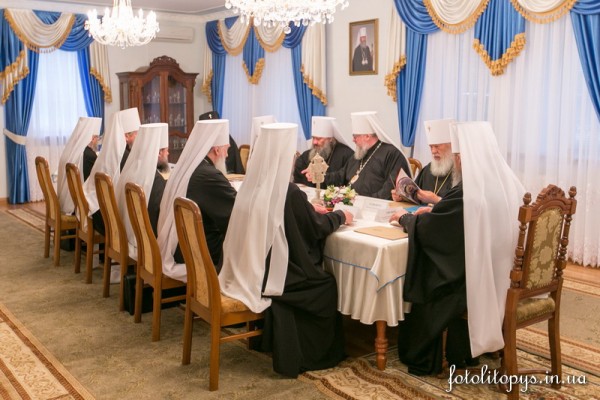 “Cases of violating civil peace on religious motives are fixed in certain regions of our country. There were attempts to capture churches of the Ukrainian Orthodox Church, cases of violations against believers and even attacks against their lives,” the Synod said in its statement posted on the UOC official website.

Participants in the session held in Kiev say some local authorities admit violations of the law, and law-enforcement agencies do not always stand to protect legal rights of the communities, clergy and UOC believers.

“All these facts not only stand in the way of realizing constitutional right of Ukrainian citizens for free confession, but also provoke social tensions in our state. In the time, when extremely difficult peace-making process is underway in Donbass, we face the danger of destabilization social situation in other Ukrainian regions,” the document reads.