The Wisdom to Know the Difference

Source: Glory to God for All Things
When something is changed, everything is changed to some extent. Only time will reveal whether the sum total will have been an improvement or a disaster.
Archpriest Stephen Freeman | 18 May 2018 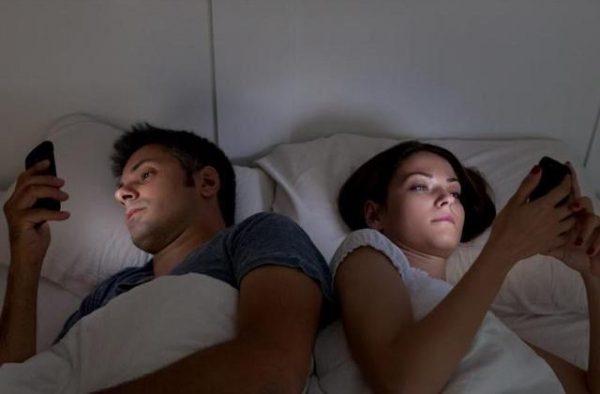 Our culture changes things. One of its myths is that changing things results in a better world. And so we endure unending advertisements for the newest, the latest, and the improved. Very few things, apart from medications, are tested for their consequences. As such, we are a society in perpetual experiment. It reminds me of a local joke.

The last words of a redneck … “Hold my beer. I wanna try something.”

The British political thinker, Edmund Burke (1730-1797), is often considered one of the fathers of conservatism. He was not opposed to change, but was deeply aware of the “law of unintended consequences.” When something is changed, everything is changed to some extent. Only time will reveal whether the sum total will have been an improvement or a disaster. His philosophy of governance was thus, “Go slowly.”

His thought becomes increasingly appropriate when the change is widespread and popular. Traveling by horse and buggy is slow and tiresome. If someone comes along and suggests a machine that will move us far and fast, how can this not be a desirable improvement? But, if we left the machine out of consideration, and only discussed the long-term consequences of automobiles, I wonder if the horseman would be so eager to change. The shape of our modern world has been completely altered by automobiles. Urban sprawl, suburbanized loneliness, environmental pollution and a host of other unforeseen consequences are all by-products of this machine.

Of course, human societies are never static. We have no evidence of unchanging cultures. It is the pace and scope of change that are hallmarks of the contemporary world. I read about an experiment at the CERN accelerator a few years back. Towards the bottom of the article, it was noted that there was a tiny risk that the experiment would cause the universe to disappear. As consequences go, that’s quite serious. The experiment took place and we’re still here to discuss it, but I was staggered by the idea that we might do such a thing so lightly. The experiments had the benefit that if things went wrong, there would be no one to complain!

These are thoughts on the level of technology. There are other experiments, equally frightful, that our culture pushes forward on a regular basis. We have endured a time of vast social change, particularly since WWII, regarding marriage, family, sexual identity, etc. Changes have gone from obscure discussions on the fringe of academia to legislative and judicial fiat in a very short span of time. Not since the earliest years of the Bolshevik Revolution has the family been the object of such sweeping change (the experiments in the Soviet Union were disastrous and were outlawed within a decade). The results of our changes have yet to reach their mature effects. Quite likely, we will only observe their true impact after several generations.

It is often the case that we move from consequence to consequence, racing to plug another hole in the dike without ever asking why the holes have appeared. Much of our social legislation is of precisely this sort. We create programs to deal with crime without ever examining the role of a broken family life in its creation (or our role in creating that break).

The above observations are nothing new. I have no expectation that the pattern will change. There are places, however, where this conversation spills into the Church’s life. In February of 2016, the Patriarch of Alexandria “ordained” a number of women deaconesses (though the ministry was ill-defined), sparking renewed discussion within certain circles of the Orthodox world about women and ordained ministry. Much of that discussion, though often invoking early Church history, is clearly committed to the concept on grounds that belong not to the early Church, but to the recent decades of modernity. We are not immune to our culture, so, such conversations are not a surprise.

I have pondered this for years and have some thoughts. I share them for what they are worth.

My first thoughts are on our present life. Our modern notions of equality and interchangeableness are themselves something that should be examined critically. We have redefined human beings in terms of their ability to produce and to consume – it’s what consumer capitalism does. The cultural question of “career” occurs in the context of creating a maximum workforce. Even though we confuse the question with clouds of “personal fulfillment” and the like, we ask such questions without ever asking what it means to be human in the first place. There is every willingness to deconstruct the Tradition but little willingness to turn such a searching gaze towards ourselves.

The economic wealth of modernity first emerged during a period of colonialism. Great Britain’s lead in that endeavor came at the cost of massive exploitation in various colonies. Today’s consumer paradise presumes globalization with the destruction of older cultures and at the expense of local development. In the light of such massive efforts, the role of one gender or another in the economy might seem to be but a tiny thing. The point, however, is that the questions we entertain as matters of personal freedom, are, in fact, also questions of economic structures. The sexual revolution (so-called) cannot be separated from the economics of feminism. It has granted a freedom (of sorts) that has required both the suppression of biology as well as the deaths of one-third of all children conceived in our society. We hide these costs and mask them as matters of moral debate. But they have been driven by economics rather than the noble claims of freedom.

The nature of tradition is that it is something given to us. In the case of the Church, the Tradition is not just a habit of doing the same things over and over again. The truth of our faith and its revelation is embodied in the Tradition. There are things we can only know by doing them, and even then, only through long and careful reflection. The character of the priesthood (of which the male role is only a small part) is a profound part of the Tradition. It cannot be reduced to mere functionality. Could a liturgy be served without vestments? Of course, though a priest would, even in extreme circumstances, try to cobble something together. The vestments themselves are not mere decorations. Can a liturgy be served without icons? Of course, though it would be wrong to do so unless under extreme duress. There was once a liturgy celebrated in the confines of the prison of Pitesti in Romania. The canons require that the liturgy be celebrated in the presence of a martyr’s relic (all altars have such a relic). It was decided to celebrate the service on the body of a deceased prisoner, the only martyr present. Such things are not extraneous. The liturgy should not be subjected to reductionism.

For the sake of argument, it will undoubtedly be possible by some sort of scientific shenanigan, to create a viable embryo without the biological input of a male (perhaps we’ve done this already?). But such technological wizardry only serves to confirm the artificiality of the modern paradigm. We can “force” nature to be something we imagine, but it will not obey us of its own accord. This same force is evident in the fact that most of the changes that have taken place over the past half-century, have arrived only by artifice and political power. We are not becoming more truly human. We are configuring a humanoid substitute.

The givenness of the liturgy, in all its aspects, is a proper subject of theoria – contemplation and understanding. It is a mystery that yields itself to the heart. It is not, however, one more cultural artifact to be manipulated in the interests of consumer capitalism and its deformation of humanity. We are fast losing the memory of who and what we are. It is the confusion of Babel.

This applies to so much within our modern world.

I recently re-watched one of the most eye-opening programs on the 20th century, The Century of the Self (BBC 2002). It…

Istanbul - In the year in which the Turkish authorities permit the…

A unique shrine of the 12-13th centuries, Turov altar cross, was recreated…

Most viewed articles
Deny Yourself to Save Yourself220
You are Essential in the Life of the Church112
First Christian Church Built in Turkish Territory Since 1923112
Patriarch Kirill Prays for an Early Peaceful Resolution of the Conflict in Nagorno-Karabakh73
‘We Boast in Hope, We Boast in Sorrows’63
Holy Cross Church Consecrated on Site Where Nazis Killed 80,000 in Minsk61
“This Is a Call to Peace”: Unique Turov Cross Recreated in Belarus59
Why We Celebrate The Feast of The Cross and How We Can Live it50
Classes and entire schools are getting quarantined. Anton Barchuk, an epidemiologist, speaks about what parents should do10
Being Inspired by St Sophia and Her Children Faith, Hope, and Love1
Most popular authors
Pravmir.com team305
Priest Luke A. Veronis221
Protopresbyter George D. Konstantopoulos112
Protopresbyter Themistoklis Mourtzanos63
Fr. James Guirguis50
Irina Sycheva10
Olga Kozhemyakina1