Advice to the Confused 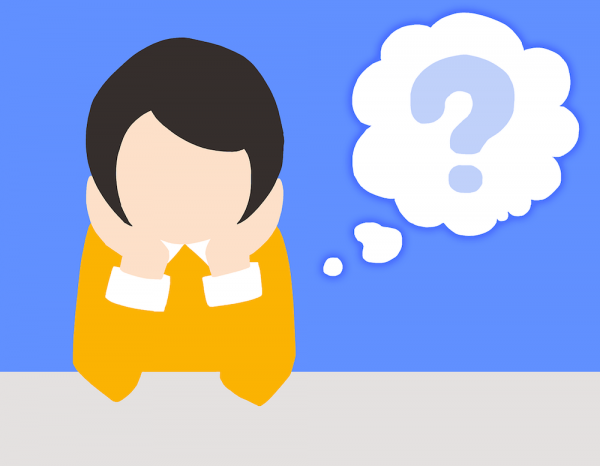 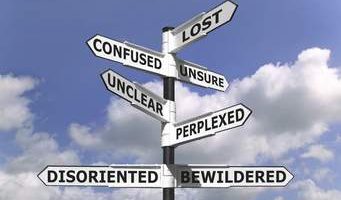 I suppose that most pastors have had the experience of a young parishioner approaching them privately and confiding in them their suspicion or decision that they were gay, bisexual, or transgender. Such confusion is in the air, has the Nihil Obstat of both secular culture and governmental sanction, and also bestows a kind of odd popularity, making the person part of a privileged minority of the nobly oppressed. Adolescence has always been a time of sexual ambiguity and confusion, as hormones go into overdrive and leave the young person with a multitude of conflicting emotions. In previous generations the Church and parents were present to help them sort it all out, and to distinguish the emotional from the physical from the sexual. These twin authorities of Church and parents have been replaced by Big Brother, who is now is watching us carefully. These are interesting times in which to raise children.

The question arises as to what a pastor might tell a young parishioner confiding in him such perplexity, suspicion, or even a decision that they were gay, bisexual, or transgender. All pastoral relationships are unique and personal, being subject to a multitude of individual personal factors. This makes generalization impossible, and the concept of an “open pastoral letter” about such things is a contradiction in terms, for it is not the case therefore that one size can fit all, or that such responses can be reduced to a blog post. One cannot really answer the question, “What would you say to a person struggling with same-sex attraction, bi-sexuality, or gender dysphoria?” because pastors do not deal with struggling persons in the abstract, but individuals in particular. A pastor does not deal with “homosexuals”, but with Steve or Henry; he does not deal with “lesbians”, but with Jane or Sally—individuals whom he knows, and with whose personal history he is familiar. Pastoral care in such situations involves more listening then lecturing, and what a pastor says is conditioned by what he hears from the person he knows and loves.

Nonetheless, within the long, caring, non-judgmental, and far-ranging conversation with such a parishioner, a pastor will suggest that his parishioner consider a number of things that he or she might not have thought of before.

First of all, a pastor will help the person understand that in our current culture, everything has been collapsed into the sexual, so that a strong emotional attachment, to say nothing of a physical connection, is labelled as sexual, with the inevitable resultant confusion. One must distinguish between an emotional attraction to another person, a physical attraction, and a sexual attraction, and try to disentangle those three different strands. An emotional attachment and even a physical attraction to someone of the same sex does not necessarily mean that the attraction is sexual, or that the person feeling the emotional or physical attraction is therefore homosexual or bi-sexual or transgender. Such emotional and even physical attractions between people of the same sex are normal, and in previous generations were accepted as such between people who were both heterosexual. It is only with our modern and overly-sexualized society that all such attractions are labelled as sexual and as indicators of homosexuality. A pastor should expose his parishioner to the possibility that our modern society might simply be wrong in its obsession with sexuality, and that all previous generation were right.

Secondly, even if there is a genuine, early, and deep-seated sexual desire for someone of the same sex, the person should be introduced to the thought that such desires need not be definitive for a person’s identity, or acted upon. That is, one should be clear that not all deep-seated sexual desires bring with them moral imperatives, or the necessity of carrying out those desires. For example, a person afflicted with a desire for paedophilia (or “minor attraction” as it currently describes itself) need not act upon those desires. And an adult heterosexual with a desire for multiple partners and casual promiscuous relationships need not act upon those desires either.

In fact an important part of holiness and even of simple maturity involves the decision and ability to not act upon such desires. After one is married, one will certainly have a desire to sleep with someone to whom one is not married, but this desire must be resisted. Successful resistance is not impossible; it is just (sometimes) difficult. It is possible therefore for one to have strong feelings of homosexual desire and still resist them. Having such a desire does not mean that one must fulfil the desire or change one’s lifestyle to conform to it.

Thirdly, a pastor will expose his parishioner to the thought that the Church, with its two-millenia experience of dealing with temptation and the depths of the human heart with its desires, has more wisdom than those in our secular society who lack such experience. The combined witness of Jesus of Nazareth, His apostles (who lived and taught with a society where homosexuality was commonplace), and the saints throughout the ages should surely count for something.

This is not a matter of pounding the Bible or insisting upon conformity to the Church’s Tradition as external authorities, but of pointing out that something that has been around for this long and has produced so many examples of transformed life throughout the last two thousand years probably has more wisdom to offer than the latest pundit on the media, or teacher holding forth in a community college course on “Gender Studies”. The pastor need not insist upon the authority of the Church’s teaching. He need only point out the obvious fact that any sensible person will seriously consider something that has had a two-millenia track record of success. Bluntly put, he will ask the question, “How can you be sure that you are not being deceived?”

Finally, a pastor will remind the young person that at every point in the Christian life a devout disciple of Jesus will find himself or herself at odds with the world. A devout Christian will inevitably clash with the secular world about the sanctity of unborn life, the importance of money, the importance of forgiveness and prayer, the centrality of faith in Jesus, and the reality of the Last Judgment. Is it any surprise that if the world is wrong about all these things it is also wrong about sexuality and gender? Christians will never fit into the world, and will always be counter-cultural. The clash between the Church and secular society about sexuality is likely to be just one more instance of this perennial and eternal conflict. We Christians will never fit in. Refusing to fit in is how we become heroes in God’s eyes, and how we win our crown. Those choosing to resist same-sex attraction, where it exists, deserve respect and admiration. Their struggle may be greater than those of others. But their final reward will be greater as well. If a young person finds himself or herself beset with such a struggle, the rewards for success in this struggle must be emphasized and placed front and center.

Truly loving a person does not necessarily involve supporting them in all their decisions or never challenging them to change their mind. As those who answer suicide hotlines know only too well, sometimes it involves trying to talk them out of their desires and decisions and pointing them in a better direction.

Holy Synod Takes a Number of…

Funeral Service for the Deceased Patriarch…

On the occasion of the repose of the Serbian Patriarch Irinej, the…