The Works of the Law 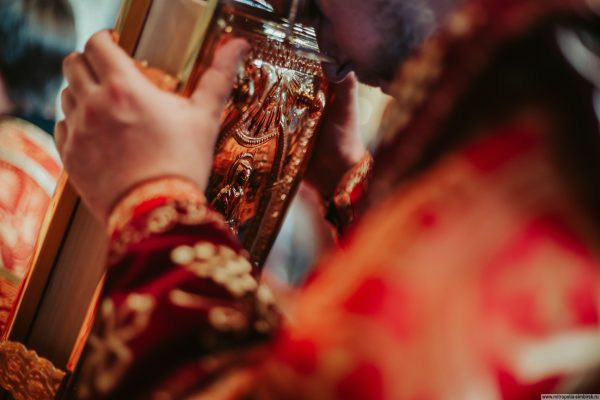 Many of our converts at St. Herman’s church in Langley come from the Evangelical churches, and some begin their journey to Orthodoxy by asking if we accept the doctrine of justification by faith alone. Naughty person that I am, I sometimes reply, “Oh, do you mean how do we believe that one may enter into life? By keeping the commandments”, and then when their jaw drops, by adding that I am simply quoting Christ’s answer to that question as found in Matthew 19:17. My inquirers have been long taught that we are saved by faith alone and that (as St. Paul said) “by the works of the Law no flesh will be justified” (Romans 3:20). To say the least, they are surprised by Christ’s answer in Matthew 19. The question, of course, is what St. Paul meant by “the works of the Law”.

Luther, Calvin, and many Protestants after them opined that by the phrase “by the works of the Law” Paul meant “by any moral human effort”, and was thereby asserting that human effort had nothing to do with our final salvation. Those accepting this interpretation of Paul are alarmed at the Orthodox insistence upon ascetic effort, upon the necessity of the sacraments, and upon the importance of the intercession of the Theotokos and the saints. All of these things seem to undercut and deny Paul’s statement that the works of the Law contribute nothing to our justification and final salvation. I therefore begin my catechetical instruction for these people by saying that Luther, Calvin, and their friends were simply wrong. Moral effort does contribute something to our relationship with God, which is why St. James said that we are saved by works, and why the Lord said that to enter into life we must keep the commandments.

Happily a whole band of scholars have recently begun to reinterpret the views of Luther, Calvin, and their friends and to re-examine the question of what Paul meant by “the works of the Law”. Such a bold attempt to rethink and dismantle something basic to Reformation Protestantism is controversial to say the least. Odd to say, no one had thought of asking the obvious question, “What did Paul’s immediate successors in the second century think about all this?” After all, it is reasonable to expect that Paul’s understanding of the question would survive in the works of those immediately following him. So the fact that no one has investigated such an obvious historical source of exegetical clarity is a bit surprising. But at last someone has taken up the challenge.

Drawing upon the Fathers of the second century, Matthew J. Thomas has written a wonderful book entitled, Paul’s ‘Works of the Law’ in the Perspective of Second Century Reception in which he deals with the issue fairly, carefully, and fully. He surveys the understanding of the phrase “the works of the Law” offered by Luther, Calvin, and their modern followers Bultmann and Douglas Moo, then surveys the so-called “new perspective” on the question by men such as Sanders, James Dunn, and N.T. Wright. He then analyzes the testimony of all the patristic works of the second century up to the time of Irenaeus. He concludes that the “new perspective” might more accurately be called “the older perspective”, and that the views of Luther and Calvin represent a departure from Paul’s understanding of the question. As Alister McGrath said in his Foreword for the book, “Dr. Thomas’s work is a landmark in historical scholarship, which no interpreter of Paul should be allowed to overlook”.

For the Orthodox who look to the Fathers and regard their consensus as providing decisive markers for our Scriptural exegesis—and in fact for anyone who wants to know what St. Paul taught on this important topic—Thomas’ work should be required reading. Bishop N. T. Wright called the book “theologically explosive”; I am happy to recommend it in hopes that this literary bomb will explode in your life too.