Dr. Andrei Desnitsky | 22 June 2015
Andrei Desnitsky on why, even if it is true that there is too much wickedness in the world, that is no excuse to lay about – especially if we are talking about Christians. 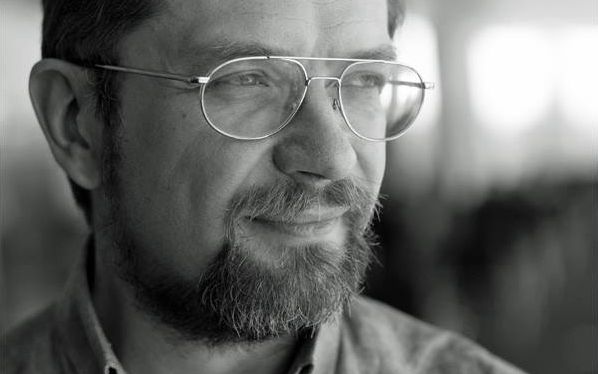 “The world lies in wickedness, didn’t you know? People suffer, get sick, and die. Moreover, they sin greatly. Even you here, you are probably a sinner yourself, and yet you are trying to convince someone of something…”

Every now and then, on various occasions, I hear such words from Christians. Actually, the occasions are about the same: people witness some obvious evil and someone suggests people think about it and possibly change it. For example, terminally ill people cannot get anesthetic, or innocent people go to jail, while true gangsters live a carefree life…

“Who cares that the world lies in wickedness? I’m not going to do anything about it – not until it concerns me personally.” Yes, this last part is necessary, because anyone who faces terrible pain or injustice cries out for help and comfort, waiting for it from, primarily, those who would seem to be called to help and give comfort: from Christians.

But… “The world lies in wickedness. But at least we have the possibility to approach the Mysteries, pray, and grow spiritually.” So speak the Orthodox. Protestants are in full agreement with them: “The most important thing is to accept Jesus as your personal Savior and confess this faith before everyone! Brother, have you repented? Hallelujah!”

The forms differ, but the essence is the same: take care of your own personal spiritual life, and do not pay attention to this evil. You are a Christian after all, why do you care? Generally speaking, this is correct, but under one condition only: that you are an ascetic or a hermit who has left this world for fasting and prayer in the desert. However, if you make use of all the benefits of this world, please also take note of the wickedness in the same way that you might notice the weather outside or the currency exchange before your vacation.

The world lies in wickedness, but what do we care? If Christ had thought this way, He would have remained on the mount of His Transfiguration together with His chosen disciples, Moses and Elias. What could have been better than talking to them in a comfortable atmosphere, far away from sufferings and sins?

But then again, why would He have been born into this world full of suffering and wickedness? Having been born here, what was the point of His “poking the bear”: arguing with the scribes and Pharisees and rebuking the hypocrites? After all, the world lies in wickedness and, besides, there are a multitude of excuses. For example, take a look at those Romans, who were pagans: they committed wickedness, worshiped idols and, moreover, wanted to conquer the whole world by the force of their legions. Does not some minor misconduct, so to speak, of the respected Israelites seem pardonable in contrast to the Romans?

Indeed, did not St. John the Baptist begin with reproofs? He could have just baptized and preached, preached and baptized freely… The tetrarch himself treated the saint with the utmost respect, but what did he get in return? St. John started rebuking him for his illicit marriage. Why was this? Had he not heard of fornication before, that it existed in the world, and that even tetrarchs were not free from it? Could he not have reprimanded someone less important?

No, he could not have. What some ignorant peasants did in the backstreets concerned only themselves, but the king’s adultery demonstrated it with all pomp at the national level and the entire people witnessed it. The same was true of the reproof.

But this is not what I am talking about right now. Christianity, if we take a look at its history, spread across the Roman Empire by leaps and bounds; moreover, it did so in an absolutely peaceful manner: by the middle of the first century it was a small group of people on the outskirts of the empire, but by the middle of the forth century it was a state Church with churches and congregations of many thousands of people in every city.

Apparently, Christianity offered different people of the ancient world an ideal that seemed more compelling than any other. Indeed, these people did not lack anything when it came to complicated philosophical constructs, dark mysteries, folk customs, anything of a religious nature, or anything that helps people aspire to high ideals and to grow spiritually.

This is how Acts (4:32-34) describes the Jerusalem congregation following Pentecost: “The multitude of them that believed were of one heart and of one soul: neither said any of them that ought of the things which he possessed was his own; but they had all things common. And with great power gave the Apostles witness of the resurrection of the Lord Jesus: and great grace was upon them all. Neither was there any among them that lacked.”

This is, of course, ideal – but where is there room for the personal piety that would enable one to close one’s eyes on the wickedness committed nearby and to ignore human suffering? The previous chapter of Acts, Chapter 3, offers another example: Sts. Peter and John went to pray in the temple. What could possibly be more important? Why divert one’s attention to the poor, who have always existed and probably will always exist? Let someone suffer a little while we go and pray. To each his own.

No, Peter and John healed him, just like Jesus had healed the afflicted. He did not abolish illnesses and death in this world, nor did He heal all those who needed it. But He never passed by those who were suffering with His eyes closed. If we pass by such people, we are not His disciples. If the Apostles had behaved this way, Christianity would never have grown from their group.

This problem has another aspect. Today we hear more and more about people abandoning their church life, moreover, both Orthodox and Protestants. Someone became a Christian one day and gradually adopted a church lifestyle… But then, he suddenly grew tired of it. Every year seemed the same, and this person could see no significant results. He still believes in God and sometimes even goes to church, but he does not see the point in that which had once been the foundation of his life.

I perfectly understand that intense activities can lead to disappointment, burnout, and all that, and that it is humanly impossible to remake the world. But I find it very notable that “Christianity” does not want to be the salt of the earth and the light of the world, telling this world: “You lie in wickedness, but that’s OK. We lie here too with all our values, traditions, rites, and needs, which you should respect.” Such a “Christianity” will soon become uninteresting not only to the world, but even to those who support it – and probably even to God.

Yes, the world lies in wickedness, but “Awake thou that sleepest, and arise from the dead, and Christ shall give thee light” (Ephesians 5:14). Just do something about it already and, first of all, stop making excuses for your inactivity, thoughtlessness, and indifference.