How should the Orthodox be? I would suggest, above all, not imposing grievous ties on oneself by confusing the stubbornness of Protestant fundamentalism with Patristic Tradition. For them, the authority of Scripture is based upon a literal interpretation of Revelation: God dictated these words to the great Prophet Moses, and therefore they are trustworthy. But for them, on the other hand, there is no such thing as Tradition.
Dr. Andrei Desnitsky | 15 August 2014 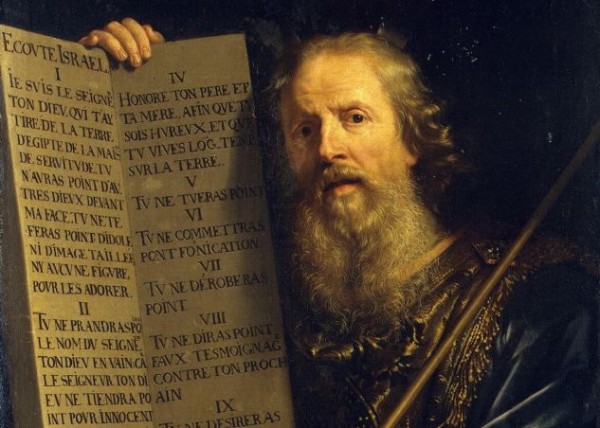 The average Orthodox reader of the Bible doesn’t think about questions such as the authorship or dating of individual books. The first five books of the Bible, the Pentateuch of Moses? Of course, the Prophet Moses wrote it – after all, that’s what it’s called, and that’s what Scripture and Tradition teaches. And whoever doesn’t agree is an impious atheist.

But then this Orthodox reader might come up against arguments from the other side. He either rejects them out of hand, starting directly from the conclusions without bothering with the arguments, or… he considers them and agrees with some of it. Does this then mean Scripture and Tradition are unreliable? Some draw this conclusion.

Let’s stop and think about it. Tradition is a difficult and diverse thing; in it one can find all kinds of different statements (for instance, about a flat earth, the sun revolving around the earth, and the marriages of hyenas with morays), but only some of them are in fact of doctrinal significance. The question of the authorship of Biblical books clearly is not one of them.

But what about the name the “Pentateuch of Moses”? Doesn’t it indicate an author? Not necessarily. Thus, the Psalter bears the name of King David, but David definitely didn’t write Psalm 136, “By the waters of Babylon,” simply because he died long before the Babylonian captivity. It’s unlikely that Jonah, Ruth, and Job themselves wrote the books that bear their names. And the Prophet Samuel certainly didn’t write the two books bearing his name in the Hebrew tradition (First and Second Kings in ours [i.e., in the Septuagint]) simply because he died in the middle of the first book.

This partly explains the situation of the Book of Solomon’s Proverbs. This is what it’s called in the original: it would seem that it was completely and entirely written by King Solomon! No! First, at the end of this book sayings of two more kings are given, Agur and Lemuel. And even this isn’t the main thing: chapter 25 begins with these words: These are also proverbs of Solomon, which the men of Hezekiah king of Judah copied out [Proverbs 25:1]. That is, King Solomon spoke the proverbs, but they were put into a book only under King Hezekiah, two centuries later! All that time they existed in the form of oral tradition. The Book of Proverbs goes back to Solomon, who is its main hero, but he clearly didn’t write it in its extant form.

What about the Pentateuch? Undoubtedly, Moses is the main hero of four of its five books, and the first, Genesis, is essentially the prehistory of the Exodus under Moses’ leadership. First, the text itself nowhere indicates the authorship of Moses. Nowhere is it said: “I, Moses, went here, did this, and then wrote all this.” On the contrary, Moses is spoken of only in the third person.

But are the arguments against the authorship of Moses in the text? There are, and the most interesting thing is that it took literally centuries (!) for them to be recognized by pious Jewish and Christian audiences, and not even by all of them. One can read more about this story in Richard Elliott Friedman’s Who Wrote the Bible? Here we will note only the principal points.

In the eleventh century in (then) Islamic Spain, the Jewish physician Isaac ibn Yashush pointed out that Genesis 36 listed the kings of Edom, who lived after Moses. The conclusion is that, at a minimum, these names were added to the book after his death. In the next century, his compatriot Abraham ibn Ezra, who thought that Isaac’s book should be burned, drew attention to other similar verses that describe places where Moses never was, where expressions were employed that were clearly from another time, and in general places where Moses was spoken of in the third person. The conclusion of ibn Ezra was as follows: “if you understand, you will learn the truth.” But he himself did not make his conclusions out loud.

In the fifteenth century, in the Christian world, Bishop Tostado of Avila noted that the account of Moses’ death at the end of Deuteronomy was clearly not written by Moses. I can immediately note that one can often hear objections to this: he was a prophet and could foresee everything. Even so, then why did he formulate his foresight as a narrative about a past event?

At this stage, it was customary to assume that certainly additional episodes had been added to the original Mosaic text. Or, in any case, that’s what they used to say.

But later there was more. In the seventeenth century Thomas Hobbes in Britain and Isaac La Peyrere in France drew attention to many other, less obvious problems. For example, the expression “unto this day” (Genesis 26:33, 35:20, etc.). They describe the land of Israel or Palestine as it was in the times of the Israelites and explain the origin of certain names and a memorial to Rachel. Could Moses have spoken about it, who had never been in this land?

Deuteronomy begins: These be the words which Moses spake unto all Israel beyond the Jordan. Where is “beyond of Jordan”? The context leaves no doubt: on the east coast, before the Israelites had crossed the river. But only someone who is himself living on the west of the river can say “beyond Jordan”! Thus, if someone were to write that Europe is “beyond the Atlantic,” we would understand that the author lives in America and could not have written it before its discovery. Thus, the beginning of Deuteronomy could not have been written before the Israelites’ crossing of the Jordan.

Finally, all this was summed up by the famous philosopher Baruch / Benedict Spinoza (Netherlands, seventeenth century). Here is another example, which he analyzed in detail: And there arose not a prophet since in Israel like unto Moses, whom the Lord knew face to face (Deuteronomy 34:10). It’s not even that Moses would never have written so immodestly about himself, it’s that the author of these verses clearly knew the subsequent history of Israel, and had something to compare Moses with.

Spinoza was excommunicated for freethinking, and Christian authors (Catholics and Protestants in equal measure) ganged up against his conclusions. Mosaic authorship of the entire Pentateuch was already unrealistic, so the logic of, for example, his critic Richard Simon consisted of the following: Moses wrote everything except what he obviously could not have written. But even this seemed to contemporary Catholics to be an unacceptable concession to freethinking and Simon’s book was also prohibited.

But the breach had, one way or another, been made: it turned out that only the core of these books could be ascribed to Moses, and his followers appended the rest. Remaining within the framework of common sense, it’s already become impossible to state unequivocally that Moses wrote everything. One can, of course, dispense with reason, and many have done this – but not everyone can do this.

How should the Orthodox be? I would suggest, above all, not imposing grievous ties on oneself by confusing the stubbornness of Protestant fundamentalism with Patristic Tradition. For them, the authority of Scripture is based upon a literal interpretation of Revelation: God dictated these words to the great Prophet Moses, and therefore they are trustworthy. But for them, on the other hand, there is no such thing as Tradition.

In the authentic Orthodox understanding, everything looks a little different. Scripture is the central and main part of Tradition, but the boundary between them is by no mean impenetrable. Recall that even the Gospels were not written immediately after the Resurrection of Christ and existed for several decades (!) in the form of the oral stories of eyewitnesses. Only when the latter became two few and the audience too great was it all written down for universal access.

In much the same way did the Psalter and the Book of Proverbs gradually evolve, so why not admit that the Pentateuch didn’t arise at once, at one moment, but through a kind of “crystallization” of oral traditions and, possible, of some written texts (such as, for example, the Ten Commandments, which has also come down to us in two not quite identical versions: Exodus 20 and Deuteronomy 5)? Scripture, in such a model, arose from Tradition as its most important and essential part.

This is how the famous “documentary hypothesis” speaks of this process, of which we shall speak another time.