The Worst Year Ever – Or Was It? 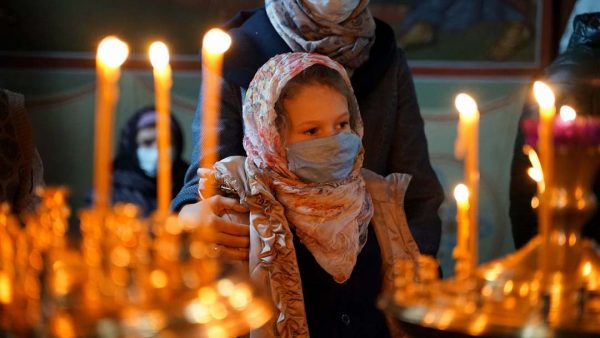 It is easy to look back at 2020 as the worst year in living memory. To the eyes of an atheist, the past year was either a series of hopeless news about illnesses, or exaggerated draconian measures stealing the joys of life.

Even for the most faithful Orthodox Christian, it took months for the fog of confusion of 2020 to clear. When it did, it revealed the hand of God in the events of last year, drawing a contrast between heavenly and earthly things.

This Spiritual Sorting was evident everywhere:

– One-third of churchgoers across North America did not return to services after the first 3-month lockdown of the year – yet our parish actually gained new members, and had trouble containing attendees under limited-attendance laws;

– While a few abandoned their pledged tithes mid-year (raising the question, what is a “pledge”, if it is abandoned?), most of our faithful fulfilled them, making our parish one of the few we know to end the year without a deficit, in a year of financial chaos;

– While much of Canadian society was gripped with fear, either from the left (with Covid-panic and nanny-state support of church lockdowns) or from the right (with paralysis over what further evils would come upon us, forgetful of God’s control), most of our faithful did not panic, and lived cooperatively within the parish, preserving the piety of our services from the panic of the outside world;

– When confronted with a flood that destroyed our church basement, not only did God allow us the funds to repair it – He did so through the generosity of many donors, almost without touching our rainy day funds. Thankfully, the church hall is now ready to receive our faithful back again, as soon as our civil overlords allow it;

– Despite the statistics repeated daily on the news, we know of no one in our wider parish community who was affected by the flu virus of 2020, either as a casualty nor as a simple sufferer. Not only is this a comfort, knowing people were delivered from sickness: it is also confirmation that the panic of the secular world should not dominate the hearts and minds of Christians, nor govern their choices and actions.

If we were atheists, 2020 could well have been the worst year we had ever known. It was certainly enough to make even some of our weaker brethren behave as if they were atheists. But for those faithful who responded faithfully to the great Spiritual Sorting of 2020 (and there were many such people), the past year proved to be the first steps in preparing souls for eternity – and for the spiritual road ahead, here on earth.

And that is a year for which we must rejoice and give thanks – and not in the least the worst possible year.