“This Is a Call to Peace”: Unique Turov Cross Recreated in Belarus 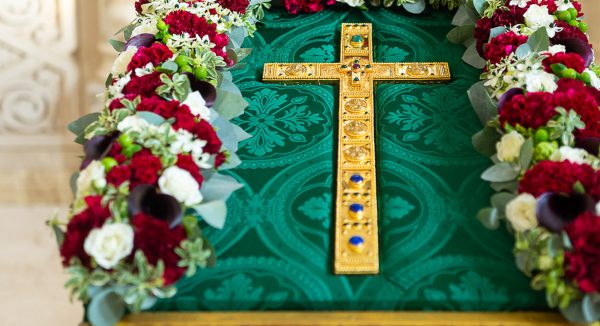 A unique shrine of the 12-13th centuries, Turov altar cross, was recreated and presented in Belarus on September 26, 2020.

The presentation of the cross, headed by Metropolitan Veniamin of Minsk and Zaslavl, Patriarchal Exarch of All Belarus, took place in the home church of St. Cyril of Turov at the Minsk Theological Academy, reports the website of the Belarusian Church. 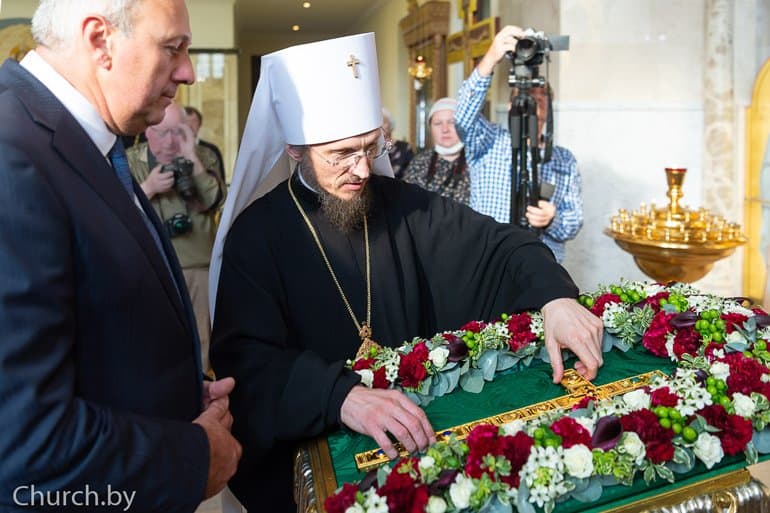 The lost ancient shrine was restored over the course of three years by joint efforts of the Belarusian Orthodox Church and the National Academy of Sciences of Belarus with the support of the Development Bank of the Republic of Belarus.

As a result, two copies of the cross were made: one for liturgical use and the other one for exhibiting at the National Academy of Sciences. 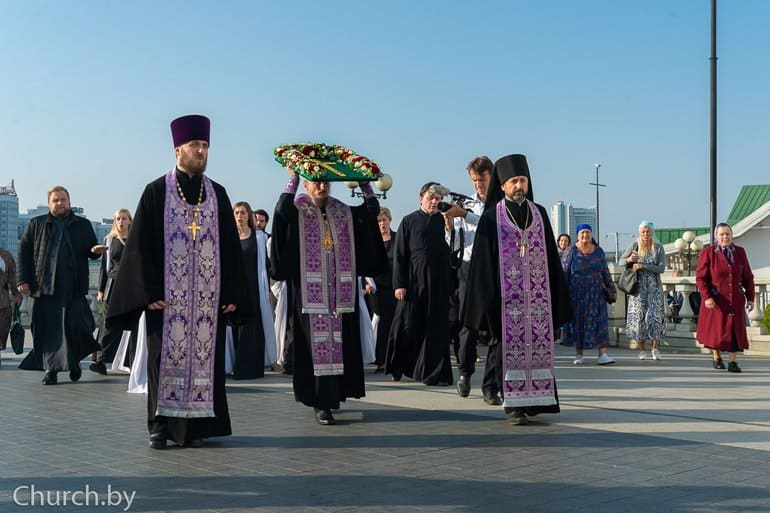 During the presentation, His Eminence Metropolitan Veniamin recalled that Orthodox Christians venerate the Cross of Christ as a symbol of the Creator’s boundless love for the human race and for each person in particular.

The Patriarchal Exarch expressed hope that in today’s difficult situation for the country, the Lord will protect Belarus by the power of His Cross from evil and will show people the way to peace and harmony.

The curator of the project, Maria Netsvetaeva, noted that there is a special idea of ​​peacekeeping inherent in the concept of the Turov Cross. She said that the Turov principality had never started wars by itself; Turov only defended itself, but did not attack anyone first. 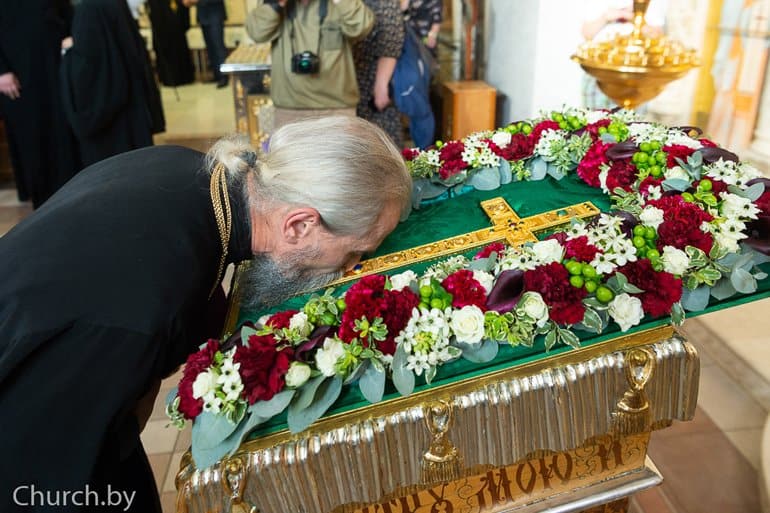 It is the memory of this, as well as the call for peace, that the re-creators of the Turov cross sought to perpetuate in their creation.

At the end of the presentation, the shrine was moved to the Holy Spirit Cathedral in Minsk. 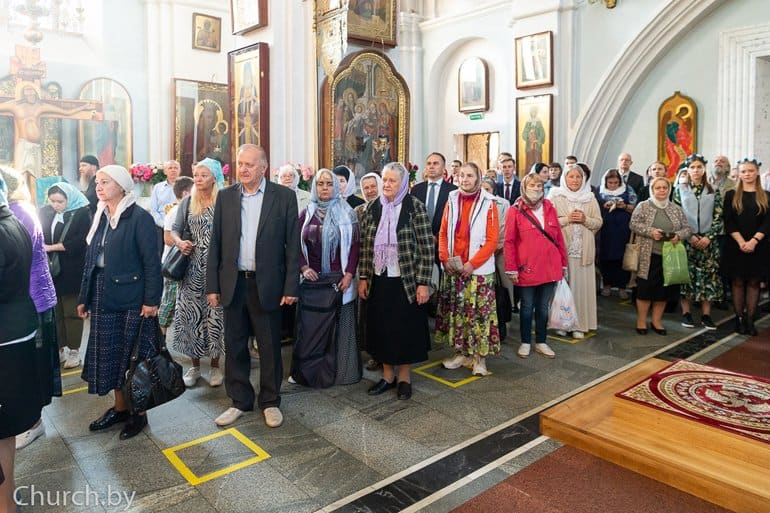 The history of the reconstruction of the Turov cross began in 1962, when during the excavation of the Turov settlement of the 12-13 centuries, Petr Lysenko, an archaeologist, discovered four lead images of the Most Holy Theotokos and three saints.

The scientist suggested that the images were related to the altar cross of the Turov Cathedral, destroyed by an earthquake in the first half of the 13th century.

The cross itself was the main shrine of the Turov diocese and was kept on the throne of the city’s cathedral. On great feast days, especially on Holy Thursday and on the Exaltation of the Life-giving Cross of the Lord, as well as on days significant for the city and principality, the shrine was taken out for general veneration. 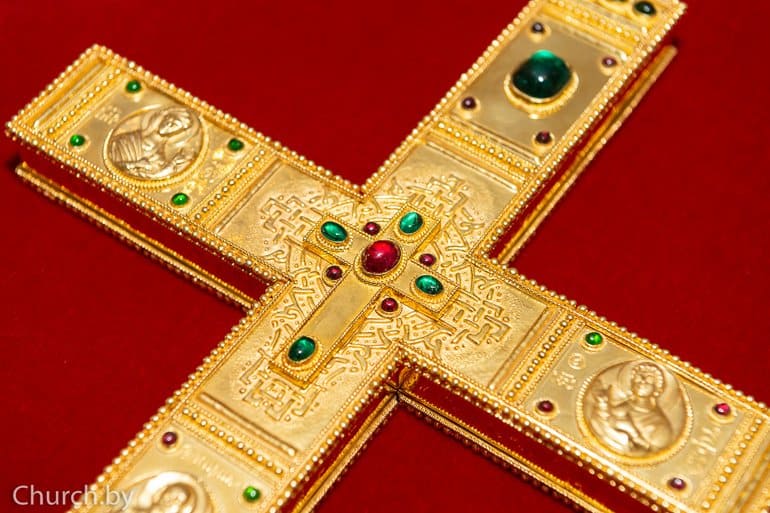 In August 2019, the concept was approved by the Metropolitan Pavel of Minsk and Zaslavl, the former Patriarchal Exarch of All Belarus, and in the fall with the assistance of the Development Bank of the Republic of Belarus, the reconstruction work began.

It is noted that the Turov cross belongs to the altar crosses of Byzantine and Old Russian churches. They also include another well-known Belarusian shrine – the cross of St. Euphrosyne of Polotsk.