Three-fourths of Russians do not observe the Great Lent, but plan to celebrate Easter

Source: Interfax-religion
Natalya Mihailova | 29 April 2016
Moscow, April 29, Interfax - Most of Russians (75% in general and 72% of those who call themselves Orthodox believers) did not have any special diet during the Great Lent, which this year ends on April 30, the Lavada-Center told Interfax. 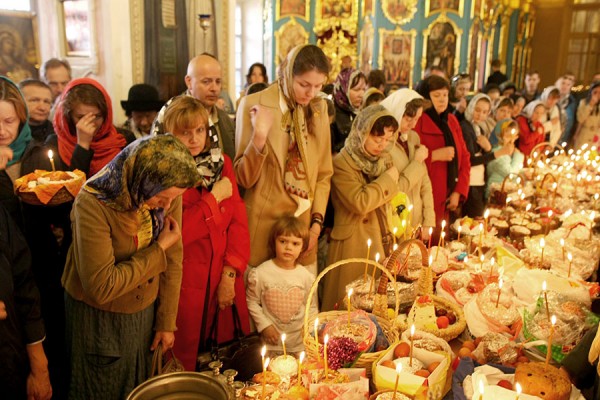 During the poll held on April 22-25 among 1600 people in 137 cities and towns of Russia it cleared out that eight per cent of Russians in general and nine per cent of Orthodox believers were going to observe fast during the last week before Easter.