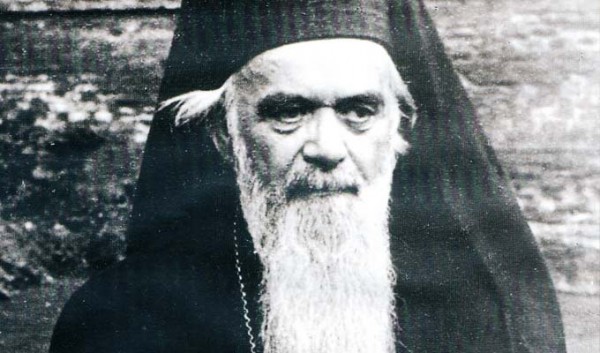 You have done well for repenting right away. God has left repentance for salvation. If that was not the case‚ not even the Apostles would have been saved‚far less other people. You have sinned with the tongue‚ re­pented with the heart. You said an evil word against your neighbor. As if you threw a spark into dry straw. The whole village heard it and made a mockery of it. The neighbor was bitter and sued you. You paid a lot‚ and became more miserable. You are bitter with yourself. It is not so hard for you that the court has punished you‚ but it is hard that your offended neighbor keeps punishing you. He does not wish to speak with you anymore. He keeps quiet and turns away from you. What should you do?

Leave it to God and time. Pray to the all-seeing Creator that He would give some goodwill to your neighbor. Use every opportunity to say a good word about your neighbor‚ and wait. God‚ a good word and time will do their job. And one day‚ you will again go to church together with your pacified neighbor.

And as the lesson for the future‚ remember the words of the Savior‚ I say to you that in the day of the tenable judgment‚ people will give account for every empty word they uttered. Does this say to you that each vicious and false word strikes against the order of the universe and offends the Creator? A good or bad word that we say about a person‚ even if said in the greatest secrecy‚ is felt by the whole universe and by the Creator of feelings. Or how could we keep our words unknown from Him to whom even our thoughts are all known! Ancient Greeks said that the spear of their hero Achilles could wound with one side and heal with the other. We do not know about Achilles’ spear‚ but we do know for sure that this is true for the human tongue. Wounds are caused by the tongue and are also healed by the tongue. With it we bless God and curse men. (Jas. 3: 9)

In one of our villages‚ this terrible event took place. A mother had an only son‚a student in school. The mother was mad at the son and in her anger she said these senseless words‚ “If I were to never see you again‚ I’d be happy!” The child was so distraught by these words that he took a gun and shot himself. Beside himself‚ he left a student’s writing board on which he wrote‚ “Here mother‚ I remove myself forever from before your face‚ just to make you happy!” O‚ the miserable happiness of the mother! After that happened‚ the mother sat by the fireplace every night‚ putting out the fire with her tears until she was eventually found dead one morning‚ wasted‚ by the putout fireplace.

Do you see what a senseless word does? But I will not leave you without an example of what a sensible word can do. During the war‚ a soldier who was easily frightened was sent into patrol. Everyone knew how easily scared he was. Everyone laughed when they heard that the commander was sending him out. Only one soldier did not laugh. He came up to his friend to encourage him. But the scared soldier said‚ “I will surely die. The enemy is very close.” The friend answered‚ “Don’t worry brother‚ God is closer!” These words rang out in the scared soldier’s soul like a big bell. And they kept ringing until the end of the war. And that frightened soldier came back from the war decorated with medals for courage. That good word transformed and strengthened him so much – “don’t worry‚ God is closer.”

Peace and health to you from God!

What does the phrase ‘Eternal Memory mean?