What does the phrase ‘Eternal Memory mean? 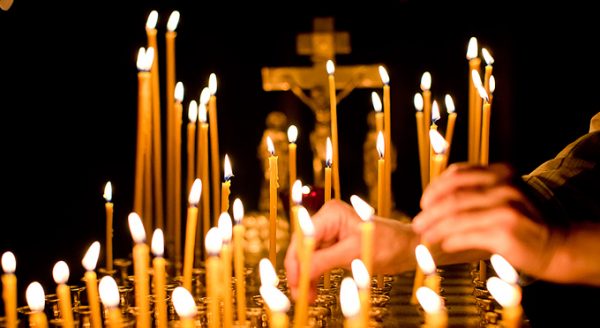 You’re troubled because you don’t understand the meaning of the words you’ve heard so often and have said over the dead. You’ve done well to ask. The better we know our ancient and beautiful Orthodox faith, the more we love it. 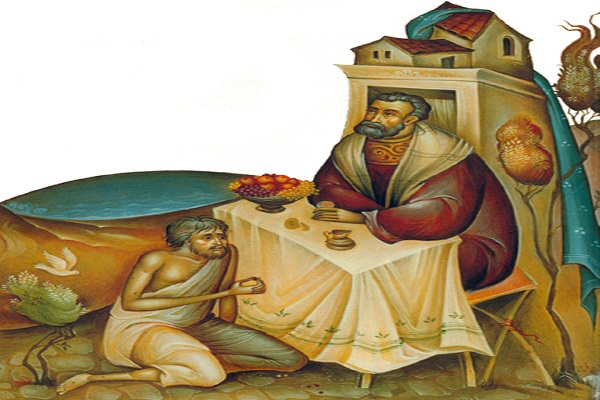 Really, aren’t we wishing the dead absolutely nothing of value at all if we hope they’ll be remembered in this world which is itself approaching its end. But let’s say that somebody’s name is, in fact, remembered on earth till the end of time. What good’s that to them if their remembrance has been forgotten in heaven?

The right thing is that we should want the name of the dead person to be commemorated forever in eternity, in life everlasting, in God’s kingdom. This is the meaning of the words ‘Eternal memory to you’

One time Christ’s disciples were boasting to their Master and saying: ‘Lord, even the demons are subject to us in  your name’ (Luke 10, 17). The Lord told them not to be so pleased about that but: ‘Rejoice that your names have been written in heaven’ (10, 20). That is to say, they should rejoice that their names are known and will be remembered and commemorated in the heavenly kingdom of light and life.

In Holy Scripture, it often says that the names of the righteous will be written in the book of the living, whereas the names of sinners will be expunged and forgotten. From the story of the rich man and Lazarus, we know that the Lord says the name Lazarus explicitly, but makes no mention of the name of the rich man. He means to convey that Lazarus entered the Kingdom of Heaven, received eternal life and eternal remembrance; but the sinful rich man was deprived of the kingdom, life and name.

Theologically, the name is one and the same as the person. In the Revelation it says: ‘And on that day, a great earthquake occurred… and in the earthquake the names of seven thousand people died’*. By ‘earthquake’, we should understand great temptations, to which seven thousand people succumbed, apostatized and lost their soul. This means that it was not only their bodies which were destroyed- that’s of very little importance-  but also their souls and names. In eternity their names have vanished and been expunged from the book of the living.

Those who desire immortal remembrance want something which is in accordance with the Gospel; if they want immortal remembrance on earth they desire a vacuous thing**. You should be aware that many people who have passed through this life quietly and without causing a stir have acquired an immortal name in the next. Think on this, Meletios, my brother, and the Lord will reveal much more to you. And when you hear of my own death, say in your prayers ‘Eternal memory to him’***.

Peace and love from the Lord.

*Curiously ‘names’ are not mentioned in the English translations. These merely refer to people dying. The Slavonic and Romanian translations, as one would expect, mention ‘names’, but so also do the Latin Vulgate, the Luther Bibel (1545) and the Middle English Wycliffe Bible from the late 1300s: ‘And in that our a greet erthe movyng was maad… and the names of men sevene thousynde weren slayn in the erthe movyng’.

** As in the case of the man who burned down the Temple of Artemis in Ephesus so that his name would be remembered forever (in case you’ve forgotten, it was Herostratus, or so the internet informs me).

***Вечам му спомен in the original Serbian. The point Saint Nikolaj is making is clear from the modern Greek practice. Most often at a memorial service you will hear ‘Eternal memory of him/her/them’ (αὐτοῦ, αὐτῆς, αὐτῶν), often followed at the reception with ‘Life to you in order to remember them’. But the earlier, and theologically more correct, version is ‘Eternal memory to them’, (αὐτῷ, αὐτῇ, αὐτοῖς), the pronouns being in the dative case, which indicates that eternal memory will be given to or conferred upon them, not something that they’ve bequeathed on earth. [WJL].

You have done well for repenting right away. God has left repentance for salvation. If that was not…

Most viewed articles
Hallowed Be Your Name: Some Grammar and A Reflection234
How to Read the Bible134
Seven-day celebrations dedicated to the Saint who helped Bucharest during plague epidemic begin on Thursday100
Patriarch Kirill Encourages the Media to Report Proper and Adequate Information about the Church83
Holy Intercession Church in Glen Cove, NY, Celebrates its 70th Anniversary81
Words from St. Isaac of Syria68
Since the Start of the Pandemic Moscow Priests Have Made Over 4,000 Visits to Patients with COVID-1959
Archbishop Peter of Chicago and Mid-America in an interview to Poltava Diocese’s press service reveals interesting moments in the life of St John (Maximovich)41
1
Most popular authors
Pravmir.com team264
Archpriest Michael Gillis234
Archpriest Lawrence Farley134
Aurelian Iftimiu100
Archpriest Stephen Freeman68
Priest Luke A. Veronis1