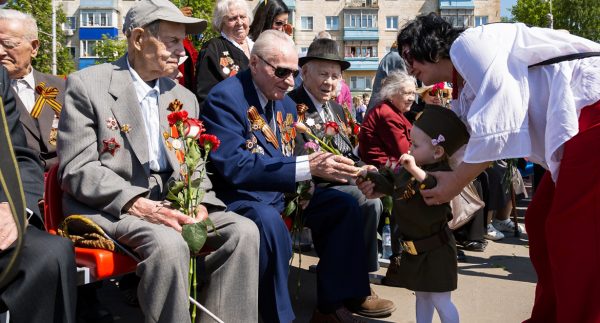 Today, May 9, 2020, Russia celebrates the 75th anniversary of Victory in the Great Patriotic War.

75 years ago, May 9, 1945, at 21:55 Moscow time, the Soviet announcer Yuri Levitan read out the order of the Supreme Commander-in-Chief of the victory over Nazi Germany and end of the war that began on June 22, 1941 for the Soviet Union.

By tradition, Victory Day parades are held in many cities of Russia, especially on Red Square in Moscow. However, this year the epidemiological situation prevented this.

The Immortal Regiment — normally a tradition in which millions of people in Russia parade with portraits of relatives who fought in the Great Patriotic War — will take place in an online broadcast this year.

In the evening, a minute of silence will be announced in memory of all the dead defenders of the Motherland. The holiday will end with traditional fireworks (it will start at 22:00 and will last 10 minutes in Moscow).