Top cardinal aims to set up Pope visit to Russia

Source: The Local
Natalya Mihailova | 09 August 2017
A top cardinal due to meet Vladimir Putin in Moscow this month says he will be seeking to clear the way for Pope Francis to make a historic visit to Russia. 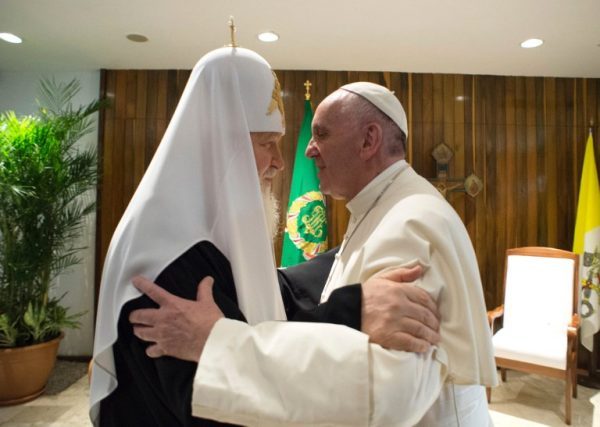 Photo: Osservatore Romano/AFP
Pietro Parolin, the number two in the Vatican hierarchy and its de-facto foreign minister, is due in Russia from August 20 to 24.

He is scheduled to meet both President Putin and the head of the Russian Orthodox church, Patriarch Kirill.

“The preparation of a possible visit to Russia by the Holy Father Francis will be among the aims of my visit,” Parolin said in an interview with Italy’s Corriere della Sera, published Thursday.

“With God’s help I hope to make some contribution in this direction.”

No previous pope in the modern era has visited Russia, mainly because of long-standing tensions between the Orthodox and Roman Catholic branches of Christianity, which Francis has strived to overcome.

In a landmark encounter in February 2016, Francis met and embraced Kirill in Cuba.

It was the first meeting between a pope and a leader of the Russian Orthodox church since Christianity split into western and eastern wings in the 11th century.

Francis has repeatedly expressed his desire to visit Russia but recently appeared to suggest it was unlikely in the short term, telling German newspaper Die Ziet in March: “I can’t go to Russia, then I would have to go to Ukraine.”

The Vatican has been accused of soft-pedalling over Putin’s actions in Ukraine, including the 2014 annexation of Crimea, in order not to endanger its rapprochement with the Orthodox church and bid for closer ties to Moscow.

The Russian president has twice been granted private audiences at the Vatican since Francis was elected in 2013.

A papal visit to Russia was unthinkable for most of the 20th century, when Russia was part of the officially atheist Soviet Union.