On Tradition and Old Habits 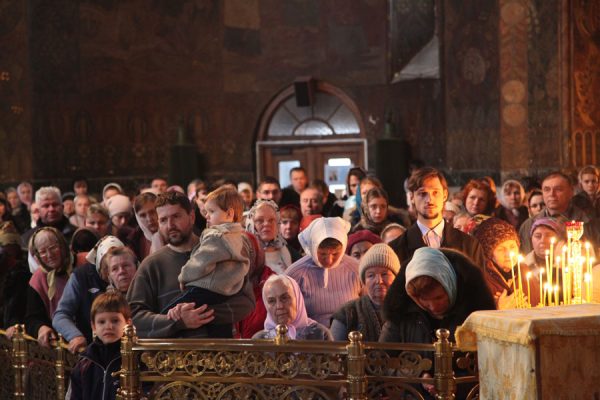 As Orthodox, we pride ourselves in conserving the Holy Tradition that we have received from the Fathers. We pride ourselves on the surprise people get when they read some of the Early Church fathers and find that it sounds like some of what the priest said this immediate past Sunday. We like seeing a photograph of the inside of an ancient church and seeing that it does not look all that different from the inside of what our church looks like. That is what it means to be conservative Church. It means to conserve what has been received. It theoretically means to conserve the doctrines and practices of the Church. It does not mean that changes cannot happen, otherwise there would be no iconostas today.

I like to tell my temporary congregation that if they hear something from me that does not sound like something that they have heard sometime before, then they should be cautious and check out what I said. I do not mean if they hear something said in a preaching style that they have not heard before, but rather that if the content of what I say does not match what they have heard before then they should be cautious of what I say. Again, this does not mean if I simply disagree with some of what the previous priest has said, since we can all make mistakes, but rather if I appear to be disagreeing with one of the major themes of church doctrine or practice.

But, I am more and more conscious that there is a tendency among some to interpret conservative as meaning that the church buildings must look like a Greek or a Slavic church building, or that if the bishops make a joint pastoral change that they must be opposed because they are destroying Holy Tradition, or even that if a better translation or a better musical rendition is published, it must be opposed because somehow this is against Orthodoxy. That is not conserving Orthodoxy, but rather a desire to maintain things the way they were when one was younger. That is old-age reactionary thinking, not true conservation of what was received.

Sadly, I also do see some tendency to a museum mentality among some Orthodox. For instance, why do so many Orthodox assume that a church building or a parish building must look like something from the Old World? As best I know, there is no Ecumenical canon that restricts outer building design to only European architecture. (Notice that I am carefully staying away from the inside of the building.) We have another group of Orthodox who vehemently argue what few, if any, still argue, that the English of the King James version is the Liturgical English that must be used. One of them recently had a near meltdown online because at some conference someone dared to put one of the troparia in a slightly more modern English.

But, I am not speaking of just the King James version in particular, as I pointed out above. I am speaking of a set of attitudes that go beyond conserving into what I call a museum mentality, where everything is preserved as one remembers it without consideration or evaluation of whether what has been received is Holy Tradition or merely cultural, personal, or other habit.

Let us be people who know how to evaluate and not merely how to maintain a museum of personal preferences.