A Troparion to St. Innocent Sung in Chinese for the First Time at the Khabarovsk Seminary

Source: Pravmir.ru
Natalya Mihailova | 09 October 2014
October 6. A hymn (a troparion) to St. Innocent of Moscow, Apostle of Siberia and America, was sung in Chinese for the first time at the Khabarovsk Theological Seminary on October 6, 2014. October 6 is the commemoration day of St. Innocent. 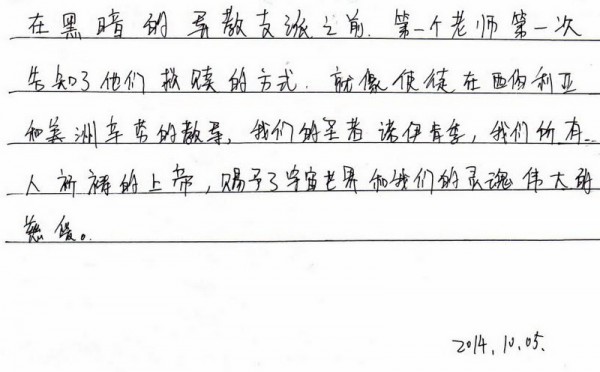 The Information Department of the Khabarovsk Diocese reported that following the Divine Liturgy, the troparion to the heavenly protector of the seminary was sung during a festive meal at the St. Innocent Chapel, which is situated on the seminary’s premises.

The translation was done by Van Tin (Valentine), a student of the Preparatory Department of the Khabarovsk Theological Seminary, who is a Chinese.

As the Pravmir.ru mentioned before, there is a Learning Center of Eastern Asia Culture on the premises of the Khabarovsk Theological Seminary. This center was founded in September, 2011 with the blessing of the Very Reverend Ignatius, Metropolitan of Khabarovsk and Outer Manchuria and President of the seminary.