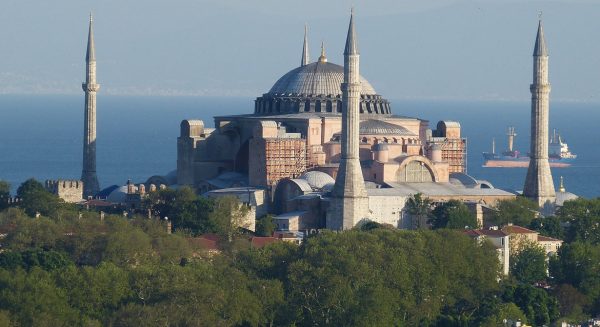 Turkey has introduced a new dress code to visit Istanbul’s Hagia Sophia, which was converted into a mosque in July, Duvar English reports.

According to the code, visitors have to wear a headscarf to visit the sixth-century site.

Entering it with shorts or “revealing” clothes is banned.

Following the code’s introduction, authorities started to distribute overalls and headscarves in front of Hagia Sophia. Moreover, due to the threat of the coronavirus infection, it will be necessary to purchase disposable headscarves and robes at the entrance to Hagia Sophia. 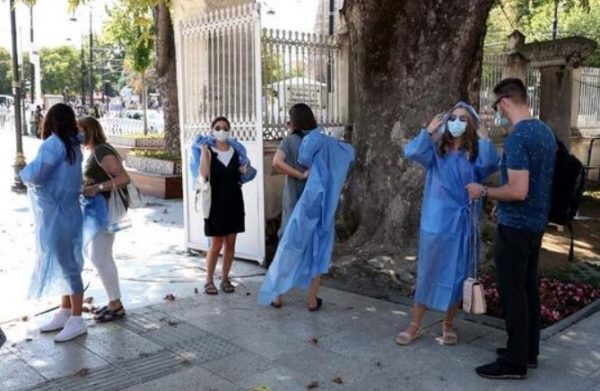 President Recep Tayyip Erdogan declared the monument a mosque in July following a court ruling revoking its status as a museum.

Hagia Sophia was built in 537 under the Byzantine Emperor Justinian I as the cathedral of the Ecumenical Patriarchate of Constantinople. After the Ottoman capture of Constantinople in 1453, the basilica was converted into a mosque.

Under the Ottomans, architects added minarets and buttresses to preserve the building, but the mosaics showing Christian imagery were whitewashed and covered.

In 1934, under a secularist Turkish government, the mosque was turned into a museum. Some mosaics were uncovered, including depictions of Christ, the Virgin Mary, John the Baptist, Justinian I, and Zoe Porhyrogenita. It was declared a World Heritage Site under UNESCO, the United Nations Educational, Scientific and Cultural Organization, in 1985.