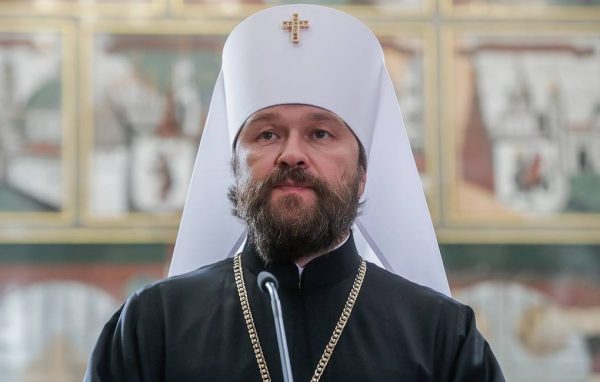 Metropolitan Hilarion, Chairman of the Department for External Church Relations of the Moscow Patriarchate, told TASS that the conversion of Hagia Sophia into mosque in Istanbul is “a slap in the face to the entire world Christianity”.

“One can differently assess the domestic political situation in Turkey and the factors that prompted the Turkish leadership to such a decision. But the spiritual and cultural heritage of the whole world should not become a hostage to the current political situation. It is a pity that political conditions prevail over respect for other religious traditions. The conversion of Hagia Sophia into a mosque is a slap in the face that the Turkish leadership gave the Orthodox Church and the whole world Christianity,” the source said.

Metropolitan Hilarion noted that such a decision by the Turkish government is disappointing. “Hagia Sophia was built as a temple dedicated to Jesus Christ, and we Orthodox Christians cannot perceive it otherwise. From 1934 to this day, Hagia Sophia had the status of a museum, which made it possible for Christians, Muslims, and representatives of other religions to visit it freely<…> For Orthodox Christians, Hagia Sophia is the same as St. Peter’s Basilica in Rome is for Catholics. This is a symbolic temple and one of the greatest Christian shrines,” added the metropolitan, emphasizing that Christians cannot and will not perceive it in any other way.