Twenty churches destroyed in Aleppo during the war 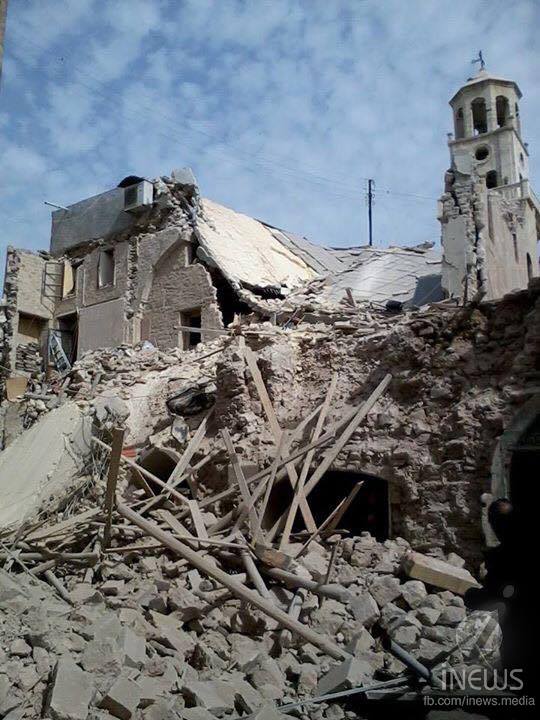 “It is a magnificent city in Syria that was famous not only for its renowned architecture and cultural sites, but it was a place where Christian aspect of this long-suffering nation has always been present. It suffers great destructions now. According to the recent data, 20 churches were destroyed there,” he said on air The Church and the World TV program on Rossiya-24 channel.

Dzasokhov believes the future of humanity depends on the outcome of the Syrian question.

“I do not exaggerate. That is why the necessity to preserve Syria as a country with a lot of historical and exemplary things is the task not only for the persistent, courageous and worthy Syrian people, but all other peoples and states,” he said.

Head of the Synodal Department for External Church Relations Metropolitan Hilarion, who is the host of the program, said the tragedy in Syria was imposed from the outside, and religious and national minorities fell its first victims, as “when strong political power is eliminated, most unworthy, most monstrous elements of human society step forward, those who commit crimes, using religious slogans.”

“We see how the countries of the Middle East, the first one, then the second one, then the third one, face events developing on the same scenario: the existing in these states regimens (we can argue about what kind of regimens they are, if they are democratic or not) are deposed with the help of the outside forces. Then it said: “They were deposed because the regimens were criminal, now there will be a democracy.” But those who depose the existing regimens, do not want to bear responsibility for the consequences of their actions,” the hierarch stressed.

Most viewed articles
Faith and Moral Freedom78
Patriarch Kirill: “The Memory of the New Martyrs will Help Us to Be Faithful to Christ amid Modern Temptations”72
Bishop Nicholas of Manhattan visits Holy Cross Monastery in West Virginia61
Lord, Save Me!58
Patronal Feast Celebrated in St. Anna Convent in Vashkivtsi40
Condolences of Patriarch Kirill over the death of believers in the fire that broke out in Abu-Seifein Church in Cairo32
The Trap of Religiosity27
Most popular authors
Pravmir.com team204
Archpriest Michael Gillis78
Fr. Theodore Stylianopoulos58
Vasileios Stoyiannos25