Two People Injured in a Knife Attack at Moscow Church 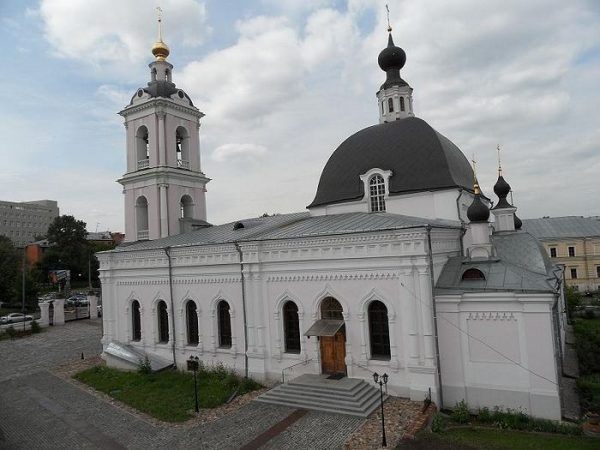 Moscow police have detained a suspect in a knife attack at a church that left two injured and being treated in the hospital.

The attack occurred at the Church of St. Nicholas in Pokrovsky in northeast Moscow yesterday, Sunday, February 16, reports Interfax-Religion.

The detained suspect is a 26-year-old resident of the Lipetsk Province, said Irina Volk, an official representative of the Russian Ministry of the Interior.

Parish rector Archpriest Kirill Sladkov told ren.tv that the man, wearing glasses, rubber gloves, and a hood, and listening to music, ran into the altar during the service.

Fr. Kirill and his assistant went to find out what was going on and to calmly take the man out when he pulled out a knife and stabbed the assistant, Valery Ivanovich.

After that, people nearby tried to stop the attacker, but he managed to stab another person twice.

A criminal case has been opened against the man under the articles of the criminal code dealing with hooliganism and physical attacks. The knife and gloves belonging to the detainee were seized at the scene of the crime.

In response to the attack, Fr. Alexander Volkov, the head of the Moscow Diocese’s Information Commission, called on authorities to strengthen measures to ensure parishioner safety.

Many churches are open every day from morning till evening, which increases the opportunities for such attacks, Fr. Alexander noted.