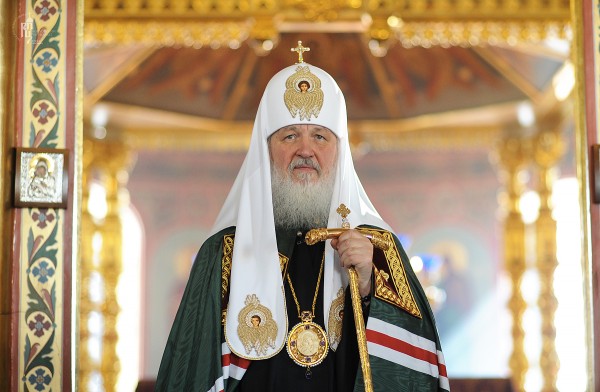 “The Baptism of Rus Day is an outstanding holiday. Ukraine was the initiator of its celebration at the public and state level in the format that has been used for a few years – with participation of the patriarch of the Russian Orthodox Church,” Ukrainian Orthodox Church spokesman Vasily Anisimov said.

“We will also be glad to celebrate the holiday in the same manner this year,” Anisimov said.

The once united Ukrainian Orthodox Church split in the 1990s, after the collapse of the Soviet Union, into supporters of the Moscow Patriarchate and people who sought an independent national church.

Anisimov also said that the Baptism of Kievan Rus Day is a holiday of unity of brotherly nations – Russians, Ukrainians, Belarusians and other peoples. “This unity is embodied by our Russian Orthodox Church, which has its parishes in 68 countries. But its core is Kievan Rus,” he said.

“And if God shows grace, this year’s celebration will be a special one. May God reconcile the Holy Rus inside it, [reconcile] the civil conflict our people are dying in,” Anisimov said.

“Metropolitan Onufry – the Locum Tenens [acting head] of the Metropolitan See of Kiev, said we bury militiamen in Lugansk and Donetsk and we also bury our servicemen in all regions of Ukraine. This is a tragedy that embraced our believers, members of our Church,” the Ukrainian Church spokesman said.

Ukraine has been in turmoil since the end of last year, when then-President Viktor Yanukovich refused to sign an association agreement with the European Union to study the deal more thoroughly. His refusal triggered anti-government protests that often turned violent and eventually led to a coup in February 2014.

New people were brought to power in Kiev amid riots and ultranationalist rhetoric that could be heard from representatives of the junta that seized power in the country. Crimea refused to recognize the coup-imposed authorities, held a referendum and seceded from Ukraine to reunify with Russia in mid-March after some 60 years as part of Ukraine.

The Donetsk and Lugansk regions, which border on Russia, held referendums on May 11, in which most voters supported independence from Ukraine. South Ossetia has recognized the self-proclaimed Donetsk People’s Republic (DPR) and the Lugansk People’s Republic (LPR). No other countries have followed suit so far.

Since mid-April, Kiev has been conducting a punitive operation against federalization supporters and militias, which involves armored vehicles, heavy artillery and attack aviation and has resulted in hundreds of deaths, destruction of buildings and forced tens of thousands to flee Ukraine to Russia.

Fierce military attacks of the pro-Kiev forces on the country’s southeastern regions resumed after Ukrainian President Pyotr Poroshenko, who had been elected in late May and taken office on June 7, decided to end the 10-day ceasefire in the Southeast on Monday. There were numerous reports that the truce had been repeatedly violated by Kiev.