Ukraine’s churches must be off limits – Russian Orthodox Church

Natalya Mihailova | 29 December 2014
Moscow, December 29, Interfax - The Moscow Patriarchate has called for an end to violence against the Orthodox Christians in Ukraine. 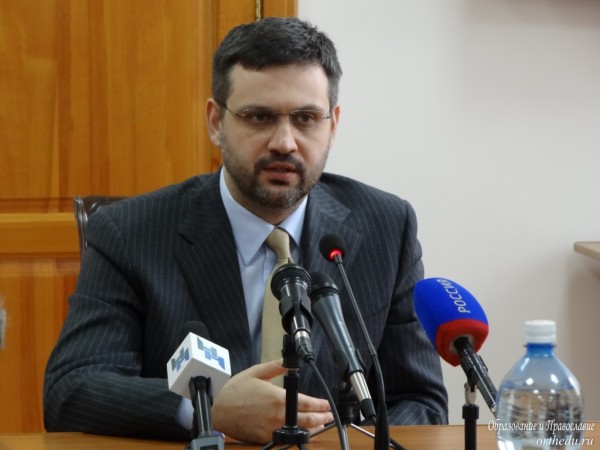 “I am calling on the people, who break into churches, to stop, realize and feel that such an aggression, especially in the days when the whole Christian world is celebrating Christmas, is absolutely unacceptable,” says Vladimir Legoyda, the head of the Synodal Information Department, the Department’s press office said.

If you recall Nikolay Gogol’s famous story “Christmas Eve,” it becomes evident “with whom those, who, having donned black masks, attack the God’s house before the coming of the Savior, identify themselves with,” he said.

“We hear hypocritical statements from those who are presumably behind these attacks but no words can explain, nor justify the violence against the God-loving Ukrainian people who come with faith to the canonical Orthodox churches in order to pray before Christmas for peace in their homeland,” Legoyda said.

It was reported that last night supporters of the self-proclaimed Kiev Patriarchate and Right Sector representatives seized two churches of the Moscow Patriarchate’s Ukrainian Orthodox Church in Ukraine’s Rovno region in the early hours on Friday morning. Six Orthodox churches in the same region had been pillaged earlier.

Most viewed articles
“Do Not Weep”139
Best Films of the Pokrov Film Festival Have Been Determined124
Christ the Life Giver119
Archbishop Peter of Chicago and Mid-America in an interview to Poltava Diocese’s press service reveals interesting moments in the life of St John (Maximovich)103
(VIDEO)Celebrating 5 years of Byzanfest International Orthodox Film Festival73
Patriarch Kirill Answers Questions from Participants of the Ninth Faith and Word Festival58
The Religion of Self30
Using Our Time Wisely to Cultivate the Seeds of Faith2
Most popular authors
Pravmir.com team358
Archpriest Peter Olsen139
Fr. Theodore Stylianopoulos119
Fr. Gabriel Bilas30
Priest Luke A. Veronis2