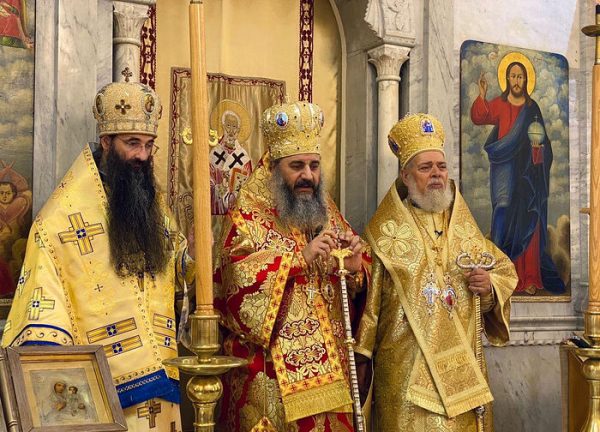 After being greeted at the airport by Archimandrite Philip (Vasiltsev), rector of the Moscow Patriarchate’s representation church in Beirut, the metropolitan visited Abdullah and Tatiana Sarrav, an Orthodox couple that helps many Orthodox churches in Lebanon, reports the Vinnitsa Diocese press service.

His Eminence then visited the Monastery of the Mother of God in Arbeia, where he and his delegation were met by the founder and abbot Archimandrite Nikodimos (Mashroki), who conveyed words of support to the hierarchs and faithful of the Ukrainian Church. Metropolitan Barsanuphius served a moleben in the monastery church and prayed for Metropolitan Onuphry on his birthday and for peace in Ukraine.

During the meetings, the hierarchs discussed the Church schism in Ukraine, the life of the Metropolis of Beirut, and various theological topics.