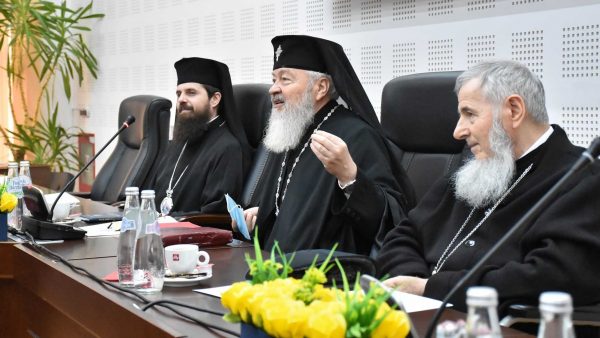 The Archdiocese of Cluj spent 3.3 million Euros on philanthropy last year, offering aid or other forms of support to approximately 16,000 beneficiaries. The announcement was made at the Eparchial Assembly gathered on Saturday in central Romania’s Cluj-Napoca city.

The meeting began with a Te Deum service, after which His Eminence Metropolitan Andrei of Cluj spoke about the importance of Church activity in the community.

The Archdiocese currently has 55 projects and social programs providing shelter, food, clothing, medicine, medical and palliative care, education for the young, and hope to those who have no hope.

Among the many 2020 projects was the launching of the St. Nektarios ambulance service in Cluj-Napoca. The Archdiocese also donated thousands of dollars to local hospitals and food banks.

The sectorial reports were submitted for approval at the end of the meeting, along with the draft budget and activity proposal for the current year.

In 2021, the archdiocese will continue work at the Metropolitan Cathedral mosaic, at the “Holy Apostle Andrei” Social Missionary Center in the city of Cluj-Napoca, and at the Youth Center in Câmpenești.

According to the Statutes of the Romanian Orthodox Church, the Eparchial Assembly is the deliberative entity for all administrative, economic, cultural, social-charitable and missionary issues in the eparchy.

The assembly is made of representatives of the clergy (one third) and of the faithful (two thirds), who are elected for a four-year mandate. Thus, the Cluj Eparchial Assembly is currently made of 10 clerics and 20 laypeople.