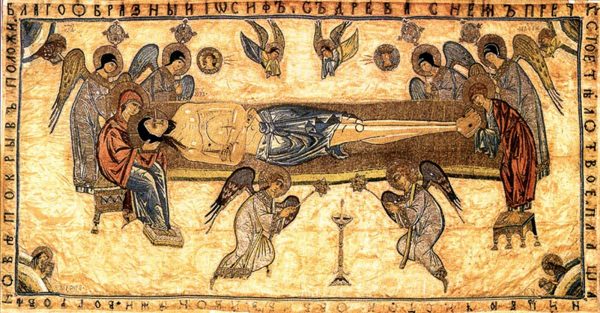 Kiev, February 22, 2019 – The Ministry of Culture of Ukraine has set April 26, Great and Holy Friday, as the deadline for the canonical Ukrainian Orthodox Church (UOC) to rename itself, reports the Ukrainian site Strana.

The law is widely acknowledged as a thinly-veiled attack on the canonical Church, facilitating the seizure of its parishes and monasteries. Philaret Denisenko, the “honorary Patriarch” of the Ukrainian schismatic church has openly stated how the law will be used to take the Kiev Caves and Pochaev Lavras away from the UOC.

Therefore, the Church has said that it will not change its name.

“To day, there are no legal grounds for the UOC changing its name or the Ministry of Culture doing it. It’s said that for religious organizations that don’t reregister or submit documents for changing their name, their statutes will lose force in terms of the name of the religious organization. But it doesn’t forbid its activity, it’s not liquidated, it doesn’t disappear, it will continue to exist,” the head of the Synodal Legal Department Fr. Alexander Bakhov said at a press conference yesterday.

The Ministry has also said that any organization not complying with the law could have its activities terminated by court decision, despite that the given law does not allow for such punishment.

Having examined the UOC’s statutes, the Ministry notes that the governing body of the UOC operates on the basis of the sacred canons of the Church and the decisions of the Bishops’ and Local Councils of the UOC and the Russian Church.

Despite the Ministry’s reasoning, the governing body of the UOC remains its own Holy Synod and Bishops’ Council, administratively centered in Kiev. The UOC also adheres to decisions made at the Ecumenical Councils in Nicaea, Constantinople, and Ephesus, but is not therefore a Turkish Church. Meanwhile, the tomos of autocephaly granted to the so-called “Orthodox Church of Ukraine” does, in fact, stipulate its submission to the Patriarchate of Constantinople.

The Ministry of Culture has also pinpointed the “Russian True Orthodox Church” and several Old Believer churches as falling under the purview of the law.

Most viewed articles
The Trap of Religiosity112
Patriarch Daniel explains why the Hesychasts were the most sought-after spiritual fathers and what is a prayerful reason94
Bishop Nicholas of Manhattan visits Holy Cross Monastery in West Virginia84
Lord, Save Me!73
Why Everything Is Important (but not the stuff you might imagine)61
Condolences of Patriarch Kirill over the death of believers in the fire that broke out in Abu-Seifein Church in Cairo45
25 Years of Help: the Ship-Church Goes On its 25th Voyage to Distant Villages43
St. Tikhon Church to host Liturgical Music Symposium in October 202240
Ukrainian Church Celebrates Metropolitan Onuphry’s 8th Anniversary of His Enthronement20
Most popular authors
Pravmir.com team232
Vasileios Stoyiannos112
Aurelian Iftimiu94
Fr. Theodore Stylianopoulos73
Archpriest Stephen Freeman61