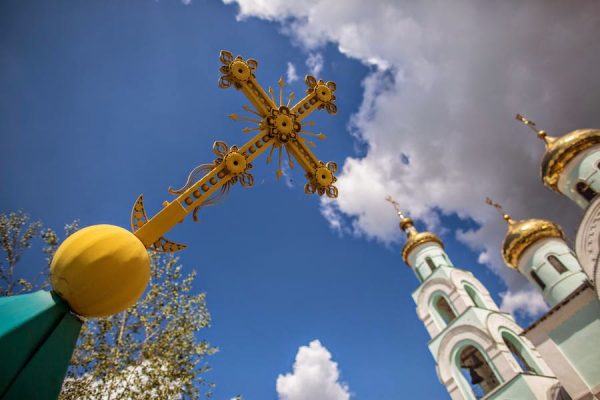 “The things we see in certain western regions of our Motherland where Orthodox churches are seized, believers are beaten, priests with their families are thrown outside, can be called a complete breakdown of law and order,” he said in his interview published by the UOC website.

According to him, the Ukrainian Orthodox Church faces “slender and threats, and their logics and context do not differ from apostatic ideas which resulted in mass victims and repressions in the 20th century.”

From the beginning of military actions in Ukraine representatives of the self-proclaimed Kiev Patriarchate seized several dozens of UOC churches, some of them were captured with the support of local authorities and radical nationalists.

Most viewed articles
“Do Not Weep”155
Christ the Life Giver139
Best Films of the Pokrov Film Festival Have Been Determined132
The Religion of Self120
Patriarch Kirill Answers Questions from Participants of the Ninth Faith and Word Festival92
(VIDEO)Celebrating 5 years of Byzanfest International Orthodox Film Festival90
“He preached the message of the Resurrection for 12 years”: First Bishop of Deva Gurie Georgiu laid to rest at Cathedral of St Nicholas44
Patriarch Kirill: “An Effective Way to Overcome Social and Economical Dead End Is to Be Guided by the Word of God”30
The Pain that Leads to Joy1
Why Pray if Nothing Changes?1
Most popular authors
Pravmir.com team344
Archpriest Peter Olsen155
Fr. Theodore Stylianopoulos139
Fr. Gabriel Bilas120
Aurelian Iftimiu44
Metropolitan Hilarion (Alfeyev)1
Fr. Andreas Agathokleous1