Source: Interfax-religion
Natalya Mihailova | 18 August 2014
Moscow, August 18, Interfax - The Ukrainian Orthodox Church of the Moscow Patriarchate has expressed concern about the escalation of violence in eastern Ukraine and called on members of illegal armed groups to surrender. 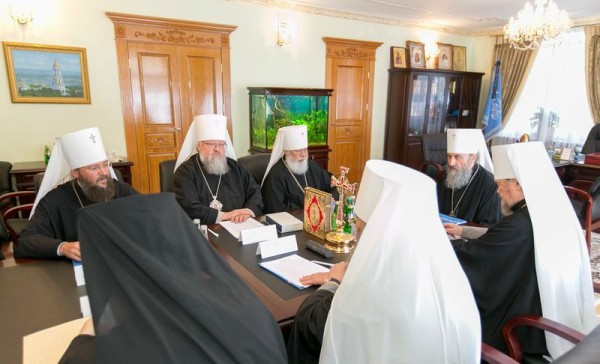 “Military activities are continuing on Ukrainian territory today. We hear about new casualties both among the Ukrainian military and among the civilian population of the Donetsk and Lugansk regions every day. We call on everyone who has unlawfully taken up arms to lay them down and seek ways to resolve the conflict peacefully,” the Ukrainian Orthodox Church Council of Bishops said in a statement published on its website.The authors of the document said they are concerned that facts of violence in relation to clergymen have been regularly reported from the combat area and called on the authorities to impartially investigate all these instances.At the same time, the Council of Bishops considers it necessary to step up efforts to collect humanitarian aid “for the civilian residents, servicemen, and others who suffered in the Donetsk and Lugansk regions.”“We also urge the diocesan hierarchs to care about providing the necessary spiritual support to the displaced persons from eastern regions who have found refuge in their dioceses,” the document says.