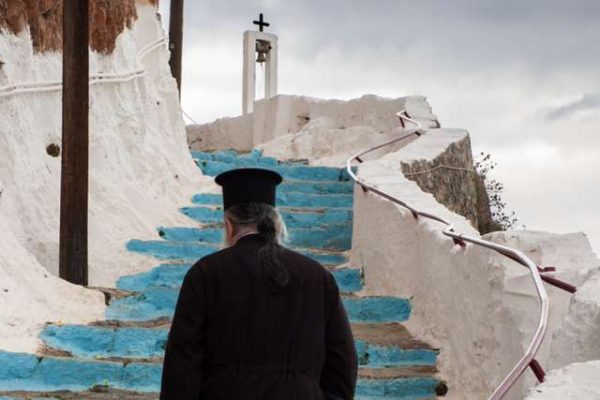 “These are men who have pressing pastoral responsibilities as Christian areas held by ISIS are liberated,” said Archbishop Athanasius Toma of the Syriac Orthodox Church in the U.K. “That is why we cannot understand why Britain is treating Christians in this way.”

Similarly, Syriac Orthodox Archbishop Selwanos Boutros Alnemeh of Homs and Hama was also denied a visa. British embassy officials said they would not waive the blanket policy against visas for Syrian citizens.

The archbishops had hoped to visit for the November 24 consecration of St. Thomas Cathedral in London, the first Syriac Orthodox cathedral in the country. Both Queen Elizabeth II and Prime Minister Theresa May had sent personal messages of congratulations, while Prince Charles of Wales addressed the congregation in person.

Each of the three bishops come from regions that have been under the control of the Islamic State group. The group has executed Christians, forced them to pay an extortionate tax and accept second-class status.

The extremist group destroyed churches or converted them into mosques, including the Mosul archbishop’s former cathedral.

Martin Parsons, head of research at the U.K.-based Christian aid agency the Barnabas Fund, was among the critics of British officials.

“It’s unbelievable that these persecuted Christians who come from the cradle of Christianity are being told there is no room at the inn, when the U.K. is offering a welcome to Islamists who persecute Christians,” he charged.

A Home Office spokesperson said that all visa applications are considered on individual merits and applicants must prove they meet immigration rules requirements.

The Barnabas Fund criticized the decisions at length in an October 2 editorial at its website.

It said the concerns about the two Iraqi bishops are “at best spurious.” The fund rejected claims that the bishops did not have enough money to support themselves in the U.K. and might not leave the country.

“Anyone who has paid the slightest attention to current world news reports would know that both men have pressing pastoral responsibilities as previously Christian areas held by ISIS are liberated,” the Barnabas Fund said.

“The refusal to grant a few days’ U.K. visa to these very senior church leaders is symptomatic of a deeper problem in the U.K. Home Office,” it continued. “In fact they are not the first persecuted Christian leaders to be refused visas for pastoral visits to the U.K., nor is this problem confined to Orthodox Christians.”

The organization also noted the denial of a visa to the Iraqi evangelical pastor Majeed Rashid Kurdi, who was to participate in a Barnabas Fund speaking tour in the U.K.

The Barnabas Fund has previously objected to U.K. Home Office guidance stating that senior members of Egypt’s Muslim Brotherhood should be presumed to be granted asylum, despite the group’s alleged incitement of violence against Egyptian Christians.

The group also questioned why visas had been granted to two Pakistani Islamic leaders who, according to the Barnabas Fund, backed their country’s strict anti-blasphemy law and called for the immediate killings of Christians who have been accused of blasphemy, including Asia Bibi. The two leaders visited four U.K. mosques in July.

“(T)here is clearly a serious systemic problem when Islamist leaders who advocate persecution of Christians are given the green light telling them that their applications for U.K. visas will be looked on favorably, while visas for short pastoral visits to the U.K. are denied to senior Christian leaders, such as the Archbishop of Mosul, whose congregations are facing genocide,” the Barnabas Fund said.

The organization called on Home Office ministers to remedy the situation.

The Barnabas Fund has helped more than 8,000 Christians escape persecution from the Islamic State group.

Most viewed articles
Hallowed Be Your Name: Some Grammar and A Reflection184
Who Is the Author of Confusion and Fear?156
Church Dating 1,600 Years Back Discovered in Turkey’s Priene Ancient City141
Patriarch Kirill: Teachers of the Basics of Orthodox Culture at Schools Have a Tremendous Task135
Chapel of Life-giving Spring and St. Nectarios under construction at Bucharest Oncology Centre95
Holy Intercession Church in Glen Cove, NY, Celebrates its 70th Anniversary62
Seven-day celebrations dedicated to the Saint who helped Bucharest during plague epidemic begin on Thursday62
How to Read the Bible46
Patriarch Kirill Encourages the Media to Report Proper and Adequate Information about the Church26
Since the Start of the Pandemic Moscow Priests Have Made Over 4,000 Visits to Patients with COVID-1915
Most popular authors
Pravmir.com team238
Archpriest Michael Gillis184
Aurelian Iftimiu157
Fr. Stephen Powley156
Dilan Pamuk141
Archpriest Lawrence Farley46