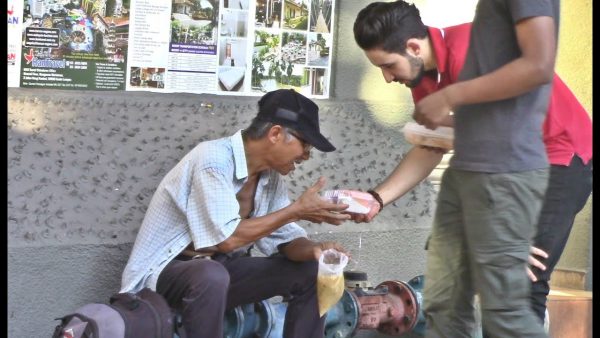 Back when I was single and had only myself to worry about, I was introduced to a fuller understanding of stewardship. I had always equated stewardship with tithing, giving to God one tenth of any money I received, 10% for God and 90% for me (which seemed fair enough since I was the one who had worked to make the money).

But this understanding of stewardship went beyond tithing and opened me up to a whole new reality. Simply put, I was told, ‘everything we own belongs to God and he has given us the use of it for a time.’

This wasn’t entirely novel, it was something I had frequently paid lip service to but in all honesty, not something I lived in a practical way. This time was different. It was though a light had been turned on. Intrigued, I tried to put it into practice. After all the only thing outside myself that had claim on my time was my job, other than that I was free to do whatever.

I drove those who needed a ride, helped those who needed an extra pair of hands trusting the Lord would arrange my schedule accordingly. This included panhandlers. I gave them money without assuming they would only use it for alcohol or drugs.

My thinking was changing. As a steward, 100% I had belonged to God. It was His to use and I was only there to manage it, to look after it, to maintain it so time, possessions and money were ready for use whenever and however God decided they were needed.

As time went on, actively acknowledging everything I had was loaned to me by God reduced the stress of daily living. If despite my best efforts, something was lost or stolen, I didn’t worry about it. I figured God wanted someone else to have it. I experienced a taste of, however briefly, what Paul meant when he said, “to live is Christ.”

A steward is a manager of someone else’s belongings. Psalm 24:1 says “all the earth is the Lord’s, and all it contains, the world and those who dwell in it.” Seems fairly straightforward, everything belongs to God and since God is love then whatever I have was given to me so I can help others in love.

However, practising stewardship was lost once six other people demanded my time and energies. But gradually, over the years, the concept has reasserted itself. My children belong to God and have been given to me in trust, to raise them up for Him. My husband belongs to God and I have been given to him to help him in his stewardship as he helps me in mine. My time is not my own and I need to stop wasting it. I am not my own and I need to stop worrying about what happens next and just ‘let go and let God’. He is the ultimate organizer. But this only works so long as I am serving God in love and not myself. Sometimes, it’s still very hard to do.

Daily, I have to believe everything will work out according to God’s will even when everything seems to be going wrong. Daily, I need to ask that my eyes be opened to see where I am needed, to see His works and to participate in love.

Proverbs 3:5,6 “Trust in the Lord with all your heart, and lean not on your own understanding; in all your ways acknowledge Him, and He will make your paths straight.”

I am astounded, at times, how everything in a day just works out without any planning on my part. As I trust in God, He gives mewhat I need to become fully human and to help build His kingdom in prayer and in love. I have no desire to be the lazy steward who is afraid to use his talents to increase the Master’s possession. Nor do I want to be the unjust steward who uses his master’s possessions for his own ends.

I want to be the good and faithful steward by daily remembering:

All that I have belongs to God….

ALL that I am… belongs to God.

My mother died recently. My sisters and I ordered the marker and I was confronted with the dash…