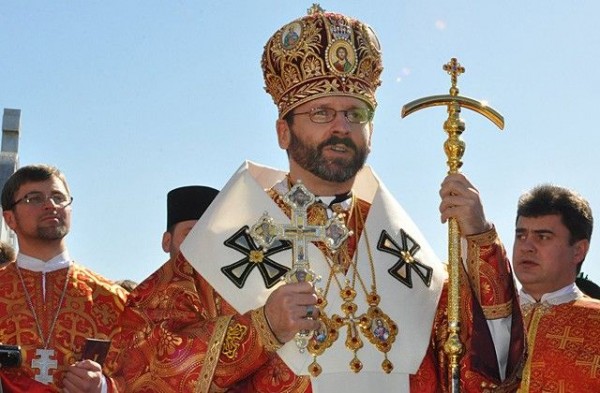 “Today it is no secret that the only canonical Orthodox Church in Ukraine, the one that fully communes with world Orthodoxy, is the Ukrainian Orthodox Church in unity with the Moscow Patriarchate,” Shevchuk said on the air of SiriusXM American radio station speaking to the head of the US Conference of Catholic Bishops, the UGCC press service reports.

He also said that there were other Orthodox church communities “which separated from this patriarchate in the time of independent Ukraine in different periods and for different reasons, but other Orthodox Churches don’t consider them canonical.”

“These divisions in Ukrainian Orthodoxy are painful for us as the Western Catholic Church, but we respect canons and inner order of the Orthodox side. We have never attempted to interfere in inner affairs of the Orthodox Church, we have never discussed its canonical legitimacy or stimulated any community in order to separate it. Existing problems can’t be solved with news schisms, divisions or annexations,” the archbishop stressed.

He hopes that these schisms will soon be healed.

“We communicate with the ‘Kiev Patriarchate’ in frames of the public organization called the ‘All-Ukrainian Council of Churches and religious organizations.’ So I will call these relations public relation, not the church ones,” the UGCC leader said.

Earlier, the Russian Church criticized the Greek-Catholics for involving in politics and supporting schismatics in the country. Head of the Synodal Department for External Church Relations Metropolitan Hilarion of Volokolamsk speaking recently in Vatican at the General Assembly of the Synod of Catholic Bishops appealed the UGCC officials who attended the meeting “to renounce any statements on political topics and any visible forms of support of the schism as well as calls to create “one Local Church of Ukraine.”

“Regrettably, the conflict in that country, which has already taken the lives of thousands, from the very beginning has acquired a religious dimension. A significant role in its conception and development has been played by the Ukrainian Greek Catholic Church. From the very first days of the conflict, the Greek Catholics identified with one of the sides of the confrontation. Contrary to the respect for canonical norms prevailing in relations between the Catholic Church and the Orthodox Church, the Greek Catholics have entered into active cooperation with the Orthodox schismatic groups,” the hierarch said.