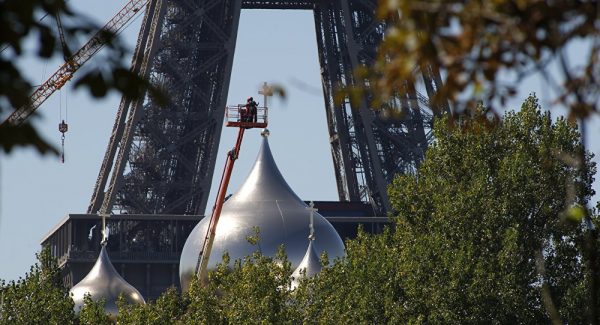 “The construction began in July 2014 and in October this year it will open its doors to visitors. There will be a modern platform for concerts, film screenings and exhibitions. The center should host an educational environment with training programs in Russian. Of course, the Cathedral of the Holy Trinity will be the jewel of this center,” Medvedev said at the forum organized by Russkiy Mir Foundation that opened in Moscow on Sunday.

The center is located at the intersection of Quai Branly and Rapp Avenue. It will host an Orthodox church, a Russian-French school, and an exhibition hall.