Source: Interfax-religion
Natalya Mihailova | 22 January 2016
Moscow, January 22, Interfax - The Valaam Spaso-Preobrazhnsky Monastery Choir sang on January 20, at the Syrian air base Hmeimin, where the planes of the Russian Aerospace Forces involved in the anti-terrorist operation against ISIL (organization banned in Russia) are stationed. 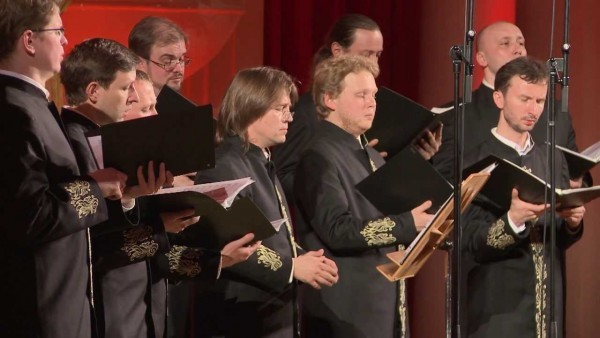 “The choir sang in the canteen, which was re-equipped, to make a comfortable concert hall, with all necessary sound equipment, in a couple of minutes,” monastery press officer Mikhail Shishkov told Interfax on Friday.

Over 300 troops were present at the concert.

“They listened with inspiration to the long-loved songs Oh, the Roads, Talyanochka and Katyusha. They had a special feeling for the songs Wait for Me and I love You, Russia, and when the song Victory Day was sung, the people in the hall rose from their seats and sang with the choir, applauding,” Shishkov said.

A festive service was conducted by military priest Ilya Azarin, along with the Valaam Choir before the concert.

The visit by the choir was organized by the Main Department, working with personnel from the Russian Armed Forces.

The command organized an excursion at the base for the choir. The choir singers were also shown aviation equipment.