Source: Interfax-religion
Natalya Mihailova | 16 September 2015
Moscow, September 16, Interfax - The Valaam Monastery is going to register its own trade mark Monastico - under this name the convent will make a special sort of cheese, its recipe was worked out by Italian cheesemakers especially for Valaam. 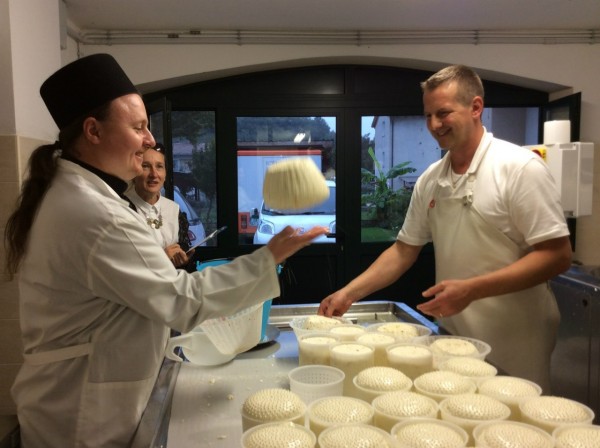 “We started making cheese in 2000, we have a workshop on producing soft cheese, but if the monastery wants to get the right to sell new sorts of production, it has to be certified,” press secretary of the Valaam Monastery Mikhail Shishkov toldInterfax-Religion on Tuesday.

He said that the establishment of a new cheese trademark was not connected with the program of import substituting, “these things have just coincided.”

The application was conveyed to the Federal Intellectual Property Service (Rospatent). The monastery expects that it will take about a year to settle legal formalities and analyze the volumes of production.

The monastery has its own milk farm, it was built in 1882. There are 27 cows there today.