Source: Interfax-religion
Natalya Mihailova | 29 August 2015
Moscow, August 28, Interfax - The Valaam Monastery is planning to increase the amount of its own farm-raised trout as a counter-sanction measure. 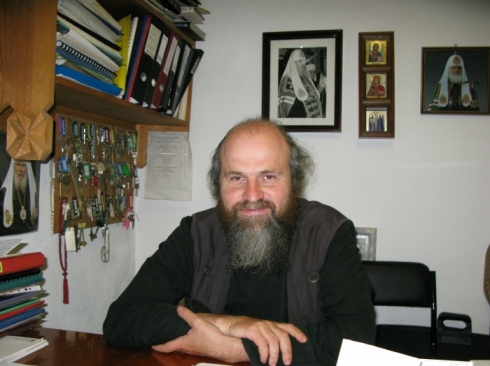 At present, the monastery raises 60-70 tonnes of trout per year but is now planning to increase that figure to 200 tonnes, according to the monk Yefrem (Mukhin), who is in charge of the monastery’s economic affairs, the Izvestiya newspaper wrote on Friday.

He said that 200 tonnes is the figure the monastery had before 2011 when Valaam trout lost to its rival, the Norwegian salmon.

“Previously, our fish had been on shop counters in St. Petersburg and Murmansk. But we did not supply it directly to retailers. We would supply it to the intermediaries who did the processing. Now we would like to attract investment to build fish-processing facilities. Then it would be possible to store it not two or three days but longer, and we would be able to supply it directly to retailers,” the monk said.

The monastery’s farm also makes cheese, including Italian varieties such as mozzarella, caciotta and ricotta.