Vatican cardinal optimistic that Orthodox-Catholic commission will reach accord

Source: CatholicCulture.org
Natalya Mihailova | 01 October 2014
Although the latest meeting of a joint Orthodox-Catholic theological commission ended without a consensus on a proposed statement, the president of the Pontifical Council for Christian Unity believes that there was “very good cooperation” among the commission members and good prospects for an eventual agreement. 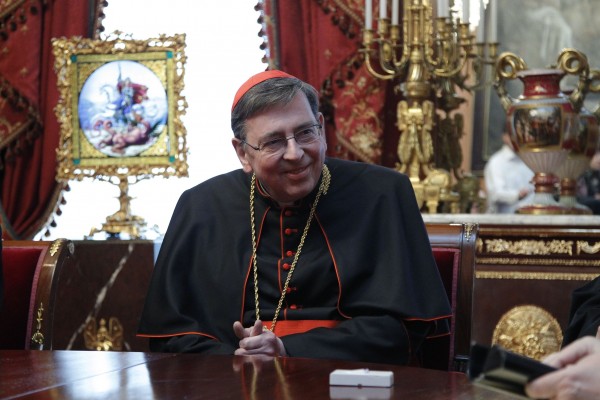 Cardinal Kurt Koch told Vatican Radio that the commission would continue to wrestle with the issues of primacy and synodality: the topics of the draft document that was discussed during their meeting in Amman, Jordan. The delegates, he said, are all “ready and willing to continue our dialogue.”

Although the Russian Orthodox Church has dissented from statements prepared for the joint commission in past years, Cardinal Koch said that the leader of the Russian delegation in Amman, Metropolitan Hilarion, had been an active and willing participant in the discussions and had been willing to help in producing a new draft for the next plenary meeting.

Cardinal Koch reported that the commission members had taken a break from their discussions to visit a refugee camp in Amman, where they met with families who had fled from the path of Islamic extremists in Iraq and Syria.