What I’ve Learned in 79 Years 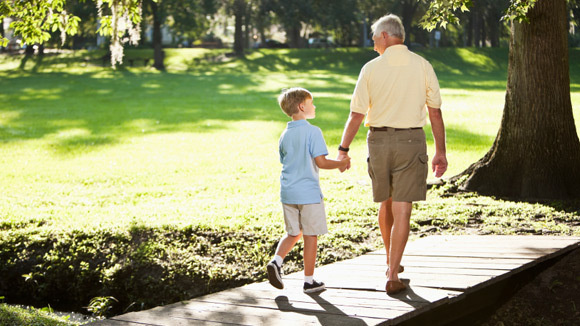 It is the duty of the old to pass on their wisdom to the young (that would be you) whether they want to hear it or not. Therefore:

This is an update of a talk I gave as I hit my 70th birthday and thought I was old. Little did I know. I was going to wait till I was 80 to post it here, in hopes I might learn a little more, but at my age it’s probably better not to wait!

At first I had felt this might be a short article, that I hadn’t learned much over the years. Then I got to thinking, and yes, I have. I have been a serious Christian since 1959, and if you worship and pray and read and think and listen and love in that context for that long, something is bound to rub off.

Some of what follows is about my relationship with God and the Church. Some consists of what I’ve learned from that. Finally, as someone said, we need to think not so much about Orthodoxy – that is well established – but rather to think about the world in the light of Orthodoxy, and I’ve done that, too.

God and the Church

1) God is real. How can anyone be an atheist or agnostic?

The world exists so there must be a Creator, has design so their must be a Designer, keeps going so it must have a Sustainer. I cannot even imagine otherwise. Furthermore, God has moved in my life all these years. In various ways he has poked me, prodded me, done good things for me – like keeping me alive for 79 years! And God’s presence in the altar has been almost palpable.

3) But it’s alright if I don’t feel his presence. As I have got older, God sometimes feels more unreal to me, especially when I’m alone. This is not what I expected. Why? 3 possibilities: When Khouria Dianna and I were in Oregon we drove up to Mount Hood. She wanted to stop and take a picture. I said No, wait, we’ll see better as we get closer. I was wrong. Lower hills got in the way, till finally we got close, made a turn and suddenly Mount Hood almost jumped out at us in all its glory. I hope that’s what’s going on with me and God. But it could also be because I’m headed the wrong direction. However, probably I’m just not paying attention. I’ve found that often when I don’t sense God’s presence, it’s not because he’s not here; it’s because I’m not here. I’ve learned not to worry too much about it. I know he’s here. That’s enough.

4) Jesus Christ is the Son of God. I went to Methodist seminary believing in God but not believing in Christ. (You can do that if you’re a liberal Protestant; nobody cares.) I discovered there that theology is complex, and I got so befuddled that I thought of dropping out. However, because of the teaching of a British Methodist professor (God bless you, Dr. Philip Watson), I hit on a plan. I would start not with what little I could figure out, but rather with what most Christians had always believed, main-stream Christianity. I later discovered that C.S. Lewis had called this Mere Christianity and still later learned that it is really Orthodoxy. This was one of the 2 smartest decisions I ever made. (The other was marrying my wife.) After that instead of my shaping the Faith to suit me, I began to be shaped by the Faith. I discovered (what was for me) a new world of sacraments, ceremonies, liturgy, saints, the creed and above all the God who was made flesh and dwelt among us. Jesus Christ as Lord and God and his love became real to me, and I began a lifelong love of and fascination with Jesus.

I find the Man utterly compelling. Year after year he has become more alive, more profound, wiser, deeper and richer to me. I can’t imagine life without him.

Orthodoxy has taught me how great he really is. In western Christianity some consider Jesus to be only a great teacher; others try to confine him to a particular religious experience or to the institutional Church or to the sacraments or to the incarnate God-Man Jesus Christ. Orthodoxy has shown me that Christ is the eternal God “who came to earth without leaving heaven”, who is in all places and fills all things, and that wherever in the world there are love, goodness, truth, beauty, mercy, Christ is there – whether anyone recognizes him or not. This, to my surprise, has opened up the world to me in a new way.

5) I have learned to trust the Orthodox Church. I was looking for mainstream Christianity, Mere Christianity, and in that quest I had got burnt elsewhere. Their heart was too often not fixed on Jesus. God knows the Orthodox Church has as many sinners as anyplace else, and more inefficiencies than most. I’m told that Father Alexander Schmemann, former dean of Saint Vladimir’s Seminary, once on a bad day was heard muttering , “The Orthodox Church is the right Church filled with all the wrong people.” The truth is that all the world is filled with the “wrong people” – us. That’s the only kind of people there are. Actually I have found more love, more good people, in the Orthodox Church than I’ve ever known before. But Orthodoxy is no escape from problems. Father Peter Gillquist (of blessed memory +) used to say, “If you’re looking for the perfect Church this isn’t it. The perfect Church is in heaven.” But the Orthodox Church (not by any virtue of ours) is solid, truly united in what matters most: the apostolic Faith. It still amazes me.

6) The Orthodox Church has shown me that the Holy Spirit is real, even if I can’t begin to understand him.

Like this: In Western Christianity, theology and worship have fragmented, despite all their attempts to control it. When Father Thomas Hopko (also of blessed memory +) told me that “the Orthodox Church has absolute theological unanimity”, I did not believe him. Then I discovered that it’s true – not to mention our amazing unity in worship. Where I had come from, I’d go into a church and couldn’t tell what I was going to find. In Orthodoxy, only the music and the language and a few details vary from place to place. All this despite the fact that Orthodoxy is so disorganized, and we are divided into so many self-governing jurisdictions. (Will Rogers used to say “I don’t belong to any organized political party. I’m a Democrat.” I sometimes paraphrase him: “I don’t belong to any organized religion. I’m Orthodox.”) When I first became Orthodox, for a while I kept “looking behind church pillars” trying to find someone who denied the Faith. I could not. Then I tried to figure out why we are so united. I could not. I finally concluded there is only one answer: it is the work of the Holy Spirit. Also as I got accustomed to Orthodox worship, I came to perceive that it is “Spirit-filled”. A Pentecostal visitor once told me, “You’re more formal than we are, but on Sunday mornings we both do the same thing: we spend 2 hours praising God in the Spirit.”

Love and its implications

7) I’ve concluded that it really is love that makes the world go ’round. What a surprise: Jesus was right! “Love God with all your heart, soul, mind and strength. Love your neighbor as yourself. This sums up the Law and the Prophets.” By love I don’t mean good feelings. I mean people worshiping and serving God, people personally caring about each other.

Someone who was not Orthodox once called Orthodoxy “the Church of love”. We emphasize community and relationships – with God, the saints and each other. The world is (left: the Good Samaritan) forever restructuring and redesigning things, trying to get control, hoping thereby to make things better. And of course often structures can be improved. But what holds societies and families and churches and the Church together is love. “The greatest of these is love.”

8) People need to be free. Love requires freedom. Just on a practical level, trying to control people, whether by force or law or manipulation or by laying guilt on them, doesn’t work well, not for long. When control is applied, sooner or later people rebel and it’s all over. We all need rules to guide us, of course, and in order to protect the innocent, evil must sometimes be restrained by force. But a family, church or society that lives mostly by rules and control has already lost it. Love is what glues things together, and love cannot be compelled. Love must be freely chosen – or not. I first learned the following from my eighth grade history teacher’s analysis of the Nazis and World War II, in which he served: Ends do not justify the means. The means we use determine the ends. If the end we seek is to form people who love, who do good because in their hearts and souls and minds they truly are good, then compulsion and force won’t get us there. I told you (Blog post 6) about the middle-of the-night experience I had on Mount Athos. Since then I have had an intense visceral negative reaction against people, politicians, governments, companies, bosses, parents, bishops, priests, any who bull their way through life, pushing, shoving, manipulating and running over people. People need to be won over, convinced, converted, loved into it – not controlled.  People need to be free.