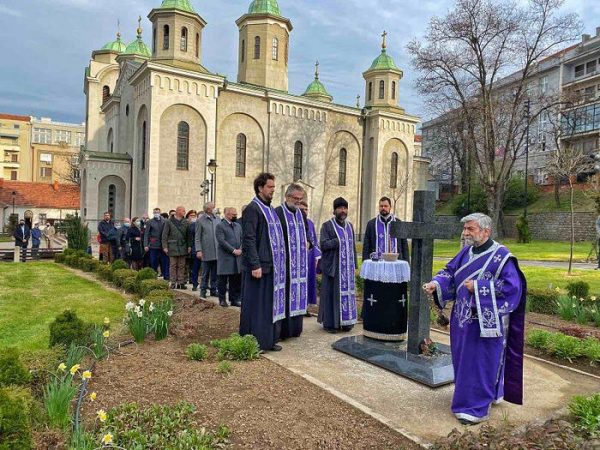 In April 1941, Nazi Germany bombed Belgrade during the Axis invasion of Yugoslavia in World War II. The attacks resulted in the widespread destruction of the capital’s infrastructure and many civilian casualties.

On Tuesday, those victims were prayerfully commemorated on the 80th anniversary of the horrific attack.

Archpriest Arsenije Arsenijević of the Church of the Ascension in Belgrade served a memorial service for the victims of the attack at the memorial cross in the church courtyard. The service was attended by the Deputy and Assistant Mayors of Belgrade, representatives of the Russian House, and local Orthodox faithful, reports the Metropolis of Montenegro.

Those present also laid wreaths and flowers in tribute to their fellow citizens who were killed in the unannounced attack 80 years ago. At the place where the memorial cross now stands, there were two improvised hiding places in which, according to the church’s chronicle, 180 people died, including Archpriest Velimir and Archdeacon Veselin.