Watch and Pray: On St. Sabbas the Sanctified

And take heed to yourselves, lest at any time your hearts be overcharged with surfeiting, and drunkenness, and cares of this life, and so that day come upon you unawares. For as a snare shall it come on all them that dwell on the face of the whole earth (Luke 21:34-35). That day is the day of the Dread Judgment. The Lord knew whereof we needed reminding. 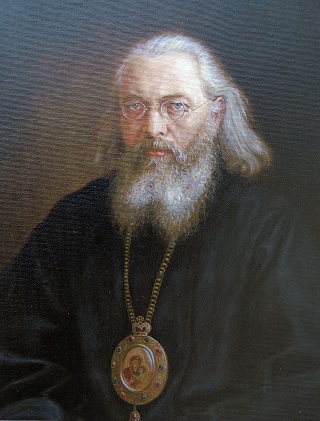 The Lord does not require that we not work, eat, or drink. We can even drink wine, only not to drunkenness. We can eat everything that the Lord has given us as food, only we should not overeat. For will one who has gorged himself and become overcome with wine watch and pray, in fulfillment of the Lord’s command (cf. Matthew 26:41)? He will sleep for a long time and, when he awakes, will again be surrounded by mundane cares and give himself over to gluttony and drunkenness.

Watching and praying does not mean never sleeping, but rather means always remembering the hour of death, the hour of the Dread Judgment. Death finds very many quite suddenly, when they are not thinking about preparing for this dread hour. How can this be avoided if we are always living in vain cares? Of course, we cannot pray continuously, but we should always be vigilant and prayerfully disposed.

The Lord has raised up great teachers of vigilance, fasting, and prayer as examples to show us that incomparably more is possible for us – this is what the saints have attained. Such fasting is possible as we would never have imagined; such prayer as we have never heard; and such vigilance as seems unbelievable. Among the many righteous that the Lord has raised up, St. Sabbas the Sanctified shines especially brightly. He was great in all monastic labors of asceticism. He created the Lavra near Jerusalem, which for many centuries served as the model of the monastic life for all monasteries.

The labor of prayer in the Monastery of St. Sabbas was so intense that we can scarcely imagine it. The monks performed the Jesus Prayer fifteen hundred times with many full prostrations. The prayer of St. Sabbas himself was unusually powerful: many examples of his prayerful help are known from his life.

Once during Great Lent he was with one of his disciples in the wild Judean desert, where many lions roamed. His disciple, weary from much fasting, collapsed and fell asleep while St. Sabbas prayed nearby. Suddenly an enormous lion approached the sleeping disciple and wanted to tear him to pieces. When St. Sabbas turned to God with fervent prayer, the lion drew back with a wild roar and disappeared into the desert. 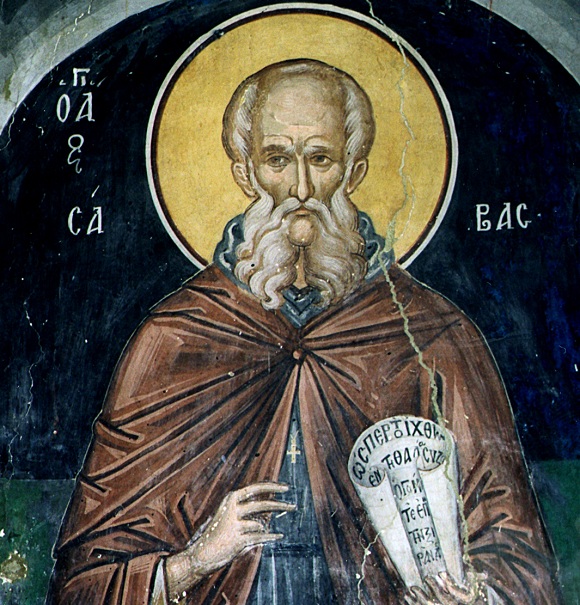 I will also speak about one of his great labors that witnesses to his perfect fearlessness before the rulers of this world. The Fourth Ecumenical Council condemned the heresy of monophysitism before the death of St. Sabbas. This heresy was begun by the archimandrite Eutyches, who taught that the Lord Jesus Christ’s humanity had been absorbed by His divinity and that He should not be considered the God-Man, but only God. Many people did not accept the Council’s decision, considering this doctrine to be correct.

The Patriarch of Jerusalem sent a delegation to the Emperor Anastasius with a letter requesting that he put an end to the heresy. In the letter he indicated that among the messengers was St. Sabbas. The Emperor read the letter and asked: “And who here is Sabbas?” The saint, however, had not been admitted into the court on account of his poor clothing, which was covered in patches. When St. Sabbas had been summoned and the Emperor looked at him, the Emperor was astonished by the grandeur of the saint’s appearance and the mark of humility upon his face. He arose and made a deep bow before the saint, promising to fulfill all that the Patriarch had asked.

The Emperor, however, did not remain faithful to his promise for long. He appointed the heretic Severus to the see of Antioch and ousted Patriarch Cosmas of Jerusalem, sending him into exile and appointing John in his place. When John refused to have communion with Severus, forbidding him to enter the Church of the Holy Sepulcher, the Emperor became inflamed with rage.

What did St. Sabbas do? Following the completion of the Liturgy, Patriarch John, St. Sabbas, and St. Theodore went onto the ambo and declared an anathema against Severus and the Emperor Anastasius. Here is greatness of soul, fearlessness, and strength in confessing the truth! The Emperor ordered that all three ascetic strugglers be seized, thrown into prison, and then exiled – but the Lord prevented this by cutting short the life of Anastasius. His successor put an end to the Monophysite heresy, freeing all three ascetics.

Then St. Sabbas gave himself over to the ascetic struggles of prayerful vigilance and fasting. For five days he would eat nothing and then on Saturday and Sunday would come to the monastery and eat only a small amount of food, while in his cave he would only weave baskets and pray. Thus he fulfilled Christ’s precept that we not let our hearts be overcharged with surfeiting, drunkenness, and the cares of this life.

When the Lord brought an end to his holy days, the saint appeared before Him in brilliant light. Let us remember this holy ascetic struggler and be ashamed to overcharge our hearts! Let us remember prayer, vigilance, and fasting as the greatest of all deeds! Let us place all our cares in the background, and may these ascetic labors always be for us of prime importance and holiness! Amen.