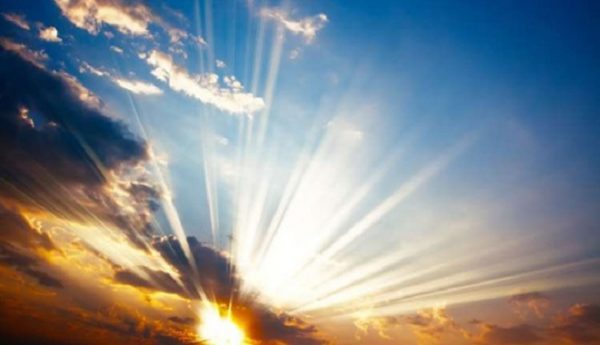 People enjoy reward* and praise in their life. They feel that their efforts, their successes and their patience have been justified. They feel that both God and other people see their work and congratulate them. Praise often becomes a cause for self-justification and self-aggrandizement. At other times, people take heart from the praise of others and are able to continue their efforts, especially when these are concerned with society as a whole. In politics, praise comes from a vote at elections. In the Church, with the crown of sanctity. In the family with the good words and encouragement which parents give their children. And there’s also praise of another sort. The concealment of other people’s sins, mistakes, or errors. Not naming them, which doesn’t involve forgetting them or being indifferent to them, but demonstrates a transcendence of them, forgiveness, and the conviction that the person in question needs support rather than ruination.

Praise, on occasion, begets boasting, which is why it must be given sparingly. There is healthy boasting. This is belief in people known to us and for whom we’re happy, because we draw on their successful life to find the strength and courage to continue our own. At the same time, there are also events in our life which are evidence of suffering. They distress us. Yet, at the same time, they bring us closer to Christ, closer to our true destination. This is why we shouldn’t complain, vacillate or reject our lives. Because through our human trials and the sorrows which they produce, we’re humbled, we know our limits, our mortality, we recognize how far our powers will take us and, in the end, how feeble we are. This stops us boasting about any achievements we might have to our name.

Writing to the Romans, Saint Paul writes that we can justly boast about two things in our life. One is that we hope that we will share in the glory of God, that is in the triumph of His will and His kingdom in this world. This means that we’ll be able to rejoice because the form of this world will have passed, both as regards its material aspect as well as the sin of human self-glorification, which gives rise to civilization, power and authority but which is permeable and cannot harm those who love God and their neighbor. We hope that we will share in the glory of God, that is the renewal of the world, the resurrection of the dead, the life of the age to come, holiness, and the joy of communicating with Christ forever, without restrictions, sorrows or death. And this hope overcomes our permeability and mortality. It accompanies us to the end and opens up for us the gate to eternity. It’s hope which those who denigrate human existence in the face of death don’t have and so they suffer. They can substitute it with love of pleasure, fame, self-sufficiency in this life or the achievement of whatever aims they’ve set themselves in order to be happy, but in the end what awaits them is total isolation and the darkness of not believing in a future and in the resurrection. And this absence of faith explains the enormities by which people attempt to prove their almighty power, be these buildings, mechanisms, inventions, sciences or fine words. But they can’t get over their sadness, because everything comes to an end.

The second part is our sorrows and trials. These are what bring us closer to God, because we feel that without Him we can’t achieve anything, whereas if we entrust ourselves to His will and not our own, we’ll find heartsease in our life. In order to trust, you’re called upon to love Him Whom you know loves you. Even if love is accompanied by pain, it still begets the salvation of humility, patience and hope. This is another form of civilization altogether. Not of the ego, but of the person in love who surrenders ‘To You, Lord’.

Hope isn’t merely expectation. Hope is born when people sense that their personal powers are insufficient. That it’s not simply that they’re not all-powerful, but that there’s Someone Who loves them, Who looks after them and Who won’t abandon them even in hard times. He’ll give signs of blessing and life. Our faith doesn’t take us out of the life of the world or of time, but rather it redefines the significance of the path of hope. We don’t need praise. We don’t boast about what we achieve, but about Him Who loves us. And at the same time we acquiesce in the alteration of the goal of happiness: it’s no longer the satisfaction of our will that saves us, but the will of God, love, patience, sacrifice. This path requires ascetic effort and assistance. It requires knowledge that only the life of the Church can provide. Because Christ is in the Church. And where Christ is, there’s hope.

* A more literal translation for the Greek ανταμοιβή would be ‘retribution’ (in its original sense of ‘recompense’), but unfortunately, because of Puritan ‘theology’, this now carries a negative meaning.

‘When our conscience tells us to do something and we ignore it, and when it then tells us…

People beyond the passions are revolted with excessive hatred by evil; those who have progressed even further beyond…

Why Are We Agitated?

‘The beginning of quietude is to repel the blows of the demons, because they trouble you to the…

Most viewed articles
Loving the Enemy178
Hallowed Be Your Name: Some Grammar and A Reflection157
Who Is the Author of Confusion and Fear?143
Church Dating 1,600 Years Back Discovered in Turkey’s Priene Ancient City129
Patriarch Kirill: Teachers of the Basics of Orthodox Culture at Schools Have a Tremendous Task125
Chapel of Life-giving Spring and St. Nectarios under construction at Bucharest Oncology Centre91
Holy Intercession Church in Glen Cove, NY, Celebrates its 70th Anniversary47
Seven-day celebrations dedicated to the Saint who helped Bucharest during plague epidemic begin on Thursday39
How to Read the Bible1
Most popular authors
Fr. Theodore Stylianopoulos178
Pravmir.com team172
Archpriest Michael Gillis157
Fr. Stephen Powley143
Aurelian Iftimiu130
Dilan Pamuk129
Archpriest Lawrence Farley1