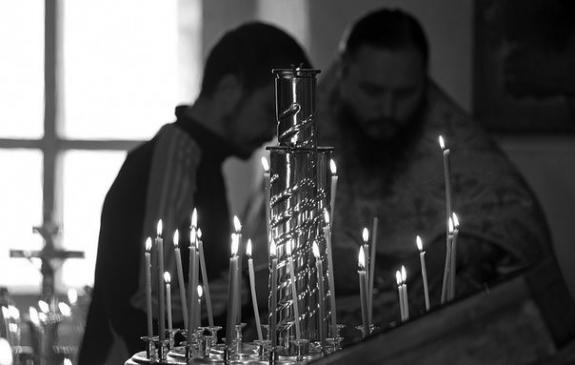 With God’s help I would like to draw your attention, dear brothers and sisters, to three things that, in my opinion, somewhat distort the correct perception of the Sacrament of Confession (Penance).

To begin with, let us consider the definition of the Sacrament of Confession that is given in the Orthodox Catechism.

Saint Philaret (Drozdov) wrote the following about it: “Confession is a Sacrament in which the one who confesses their sins if they obviously expressed a desire (i.e. wished) for receiving forgiveness from a priest, is mysteriously absolved of sins by Lord Jesus Christ Himself.” That is when a person verbally confesses their sins before a priest with the latter reading the prayer of absolution or, as stated in liturgics, the formula of the Sacrament over them, God Himself forgives a believer their sins. A confessed sin fades, disappears, and a person starts with a clean sheet.

For a confession to be made by a confessor four conditions must be met: the repentance for their sins, the firm intention to fix their life, the faith in our Lord Jesus Christ, and the hope for His mercy.

There is the following part in the ordinance of confession. A priest addresses a confessor and says a prayer that has these lines: “Behold, my child, Christ stands here invisibly and receives your confession; therefore, do not be ashamed or afraid, and hide nothing from me; but tell me without hesitation all the things that you have done, and so you will have pardon from our Lord Jesus Christ. See, his holy image is before us; and I am only a witness, bearing testimony before him of all the things you have to say to me. But if you hide anything from me, you will have greater sin. Take care, then, lest having come to a physician you depart unhealed”. That is if a person deliberately conceals sins during confession, the confession is considered invalid, and moreover instead of healing they fall into a double sin: a sin of skepticism or complete lack of faith in God Who sees all human sins; and a sin of non-redemption, non-healing from a sin that continues to torment a person.

Thus, Christians who hide their sins during confession, entering into the Sacrament filled with the grace of the Holy Spirit try to twist it into some slyness, earthly intrigue presenting God and His servant, a priest, as earthly chiefs who you can cheat, who you can hide something from, and who you can deceive. It is sacrilege that we get. A person walks away from such confession unjustified but condemned.

Although it should be noted that people often hide their sins because of false shame, but the understanding that you come before God Who already knows your sins should overcome it. On the other hand, a priest also should be merciful, delicate, and loving. After all, the priest’s testimony during confession is in a way some Socratic maieutics, a midwife’s art. We, priests, are not judges during confession, we are midwives delivering a baby from the repentant soul. We are witnesses to the restoration of a particular person’s individual Covenant with God.

I can say from experience that false shame during confession is overcome by its frequency. The more you confess (having chosen a priest who you like), the faster the false shame will go away.

Now, let us speak about the three things that distort the correct perception of the Sacrament of Confession (Penance) mentioned in the beginning of the article.

The first. The Sacrament of Confession and the Sacrament of Communion often merge in human’s mind. They seem to be the same Sacrament. Although they are two different Sacraments. Confession is necessary before accepting Divine Body and Blood. If you want only to confess it is enough to come to a priest in the church or ask him to come to your home (to hospital) in case of a serious disease. Indeed, for the Sacrament of Communion it is essential to fast, to observe the Eucharistic fasting (not to eat and drink from 0.00 of a new day till the Communion), to read the canons, the Order of Preparation for Holy Communion, and morning and evening prayers, to be at the evening service, and to confess during it or explicitly during the Liturgy. However, all these conditions are not obligatory for participation in the Sacrament of Confession (Penance). One just needs to decide and attend it. One can even not read prayers or fast. The main thing is a will to get rid of ulcers and needles of sin.

The second. A person often regards a confession in a formal way, as a crucial, fairly “mechanic” condition to proceed to Chalice. They do not perceive confession as an end in itself, healing from a sin. They see it as something bureaucratic.

The third. Based on the second thing a confession of such a person transforms not in a healing self-judgement, but in a sinful self-justification.

Something like the following dialogue occurs between a priest and such person during the confession.

– I confess to the Lord my God and before thee, venerable father, all my countless sins, committed by me unto this very day and hour, in deed, word and thought. Amen!

– What kind of sins?

– What specific sins do you confess?

Well, that is where things get interesting. The person’s formally bureaucratic plan of the confession goes wrong. They start to fidget. To get nervous. Moreover… to make excuses.

– I do not know, I sort of did not hurt anybody. I did not do anything wrong. I try to live peacefully with everyone…

It is a very disturbing signal of the wrong spiritual life. It means that internally such people got accustomed to justifying themselves, to driving their monstrous passions into the far corner of the heart, and to ignoring them. However, they do not understand one thing. These monstrous sins die only in the light of confession. By contrast in the dark of self-justification they feed on human’s soul and grow turning into real dragons that threaten a person with a spiritual death. An old man of holy life, canonized Elder Paisios of Mount Athos once said, “If I could, I would go to the confession every day”. This is a holy man!

Why is it so? Because an Orthodox Christian primarily must be attentive to oneself: to thoughts, words, and deeds. We sin daily. We will become overgrown with sins that are like cancer that can kill us without a confession.

Dear brothers and sisters let us be attentive to our spiritual lives. We will eradicate false shame in us. We will confess as often as we can. After all, Christ the Surgeon saves us from terrible diseases and restores our pristine purity, beauty, and health in the Holy Gospel like on the operating table. Only one condition is required of us: that we regard ourselves with utmost honesty, grieved heart, clear understanding of our sins, an intention to better ourselves, and with faith in God’s mercy. Brothers and sisters let us proceed to confessional lectern exactly with this attitude.

Then a great miracle of healing will happen!