All of this begs the question, does religion here in the West have a future, as Freud himself once questioned? Or, will it begin to die a slow, miserable death, as many of its antagonists believe, once we humans have learned to function by the god of “Reason” instead of the illusion of “heavenly projected fantasies” (aka religion.) Enlightenment thinkers were convinced that all they needed to do in order to better their world was to refocus the center of human functioning and experience from the heart to the mind.
Archpriest Paul Jannakos | 30 November 2009

People today speak of religion in mostly an ambiguous sense: about why it exists in the first place, about why it so often claims to do the world a great deal of good while yet, in actuality, it often does so much harm, about why some Islamic “believers” show their all-out commitment to God by blowing themselves – and others – up, about why here in America the media purposefully ignores the fact that during the course of one week more people attend “a church or synagogue of their choice” than attend all of the football, baseball, basketball or hockey games combined, and finally, about why this country is, statistically at least, the most religious country on the face of the earth despite its rampant, progressive, godless secularism.

All of this begs the question, does religion here in the West have a future, as Freud himself once questioned? Or, will it begin to die a slow, miserable death, as many of its antagonists believe, once we humans have learned to function by the god of “Reason” instead of the illusion of “heavenly projected fantasies” (aka religion.) Enlightenment thinkers were convinced that all they needed to do in order to better their world was to refocus the center of human functioning and experience from the heart to the mind. The ascent of right thinking was the way to future peace and prosperity, to a new world order. Yet, having glanced backward at the last two hundred years or so since the Age of Reason, (which itself remains the underlying philosophical grid of the “post-modern” world), I think we are still, regrettably, a very long way from being able to shout out any “eureka!” for having found, or even come close to, a humanly conceived utopia. 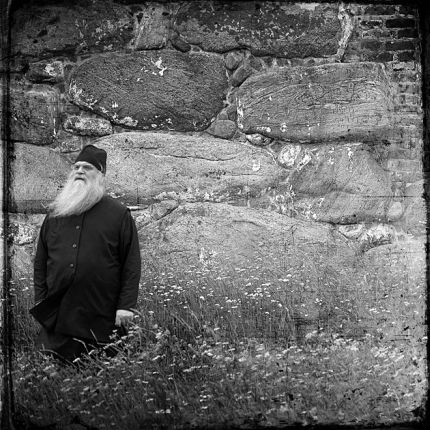 A statistical look, even at the past century alone, indicates that something is seriously amiss with the secularism of the day. During the 20th century more human blood was spilled through armed conflict than all centuries of previous human history combined, and that is an impressive statistic. In one 20-year period alone, thanks to Joseph Stalin, the “enlightened” socialism of the former Soviet Union was responsible for the death of approximately 20 million of its own people. Can anyone today imagine, let’s say, the complete annihilation of the collective populations of Chicago and Los Angeles – poof, gone, in a single generation? Surely not in a million years. But what drove Stalin and his associates to do such a thing? Well everyone knows it was Atheistic-Socialistic-Marxism, which for some strange coincidence, continues to be enthusiastically taught at many, if not most, of America’s public universities.

Surely, religion is a scary, loaded word these days. For most of us Westerners, it has at the very least a disapproving association, as when someone says, “I’m very spiritual, but I don’t believe in or practice any organized religion.” As a phenomenon in and of itself, religion brings to mind the mindless repetition of old, empty rituals that no longer communicate meaning to the contemporary situation. It summons up a picture of a hypocritical, mechanistic piety, of dim-witted devotees who kneel and pray in their churches on Sunday mornings but go about the rest of the week behaving as if God never existed, (which is often quite true) or of television evangelists who prey upon people and are nothing but barefaced opportunists. (This, sadly, is true too). Still, for others, religion is nothing less than a kaleidoscope of horrors, a swirling catastrophe of absolutism, oppression, rigidity, intolerance, sexism, cruelty, and prejudice. This, basically, was the Marxist criticism, that as an “opiate of the people,” religion gave the poor and the browbeaten an illusion of righteous suffering, that suffering was their divinely ordained lot in life and that if they only endured it with patience and passivity, a much happier afterlife would be their “reward.”

As Orthodox Christians, we take a neutral stance towards religion, remembering that it was the religion of Jesus’ own day that crucified Him upon the Cross. We know that Christ has come down from heaven to earth, not to institute yet one more religion, but to reveal to the world the fullness of life.