What I Screamed When My Car was Crashing Down the Ravine 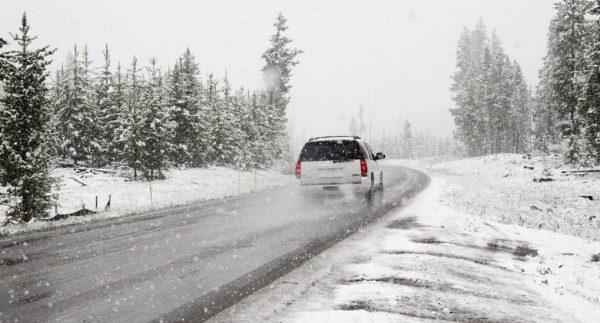 On the first Saturday of February there are usually friendly hugs, and sharing of happy and sad news about childhood friends at my home 10B class reunion. But to get there, I had to overcome 400 km from Moscow to Oryol.

At that time my driving experience was about three years. Unfortunately, I did not have much luck with my first driving instructor. When he explained that I had to turn already “yesterday”, I was so afraid to make a wrong move without a hint, that missed a necessary turn. Thank God, my second instructor turned out to be a vociferous optimist with a great sense of humor, who quickly helped me to stop being afraid of a steering wheel. And I was easily speeding up to 120-130 km per hour on the Moscow ring road.

“Hey, man, even though you’re from Oryol [the name of the city means eagle] , it’s too early for you to fly out like an eagle with such speed,” the instructor took me down. However, after getting my driving license, I was the first to take off at the traffic lights, and squeezed out of my Peugeot 200 km/ h on the deserted roads, enjoying the adrenaline rush.

That February morning was windy, there was almost no snow on the road, and only a small crust of ice restrained my racing fervour. About 50 kilometers away from Moscow, my car suddenly slid off to the side. Crossing myself, I slowed down, but having passed a traffic police post in Serpukhovo, began speeding again,  and this time being in the left lane I got into a rut. I was being dragged to the right on the ice road. Having remembered that my car was front-wheel drive, I abruptly pressed the gas pedal, tried to set the right direction and … crashed into the traffic barriers.

Seconds in my head turned into some kind of snaps. I cannot say how long it lasted for, but I still clearly remember the entire сar trajectory and every hit, though it happened many years ago.

First I saw the bumper and headlights that came off. Then I was turned around to the left, this time with the trunk forward. It happened another 3 times. I was still waiting when the speed would start dropping. Or maybe it just seemed to me that it did not fall… And then I saw that I was about to hit the traffic barriers head-on and end up in a deep ravine. I realized that this was my hour of death, my main transition, which I did not expect so early at the age of 41. Oddly enough, neither death nor the impending possible pain frightened me. But I remember the horror at my thought, “Will the Lord forgive me for how and what I have spent all my life for?!”

I was unconsciously doing the sign of the cross with a heart-rending cry, “Lord, have mercy on me!” Not “help me,” but “HAVE MERCY ON ME.” It was my last moment, my last chance to repent, to cry out from depth of my soul. I did not even think about my body. I was almost standing before God, and like the malefactor crucified to the right of Christ, asked,  “Remember me when You come into Your kingdom!” Although I had gone to the church, confessed and received communion, it seemed so miserable, so insignificant for the salvation of my soul…

At this moment the seat belts literally “sewed” me to the seat, and the car — or rather, what was left of it — stopped short right in front of the traffic barriers. A 20 meter deep ravine behind them was covered with snow and wreckage of my car. The traffic officers arrived in a minute .

I never got time to get scared. Something different frightened me though, “What if my heart had not had enough time to cry out to God? Would I have had any chances at all, and most importantly, chances for what?”

It was a very serious lesson for me. We all get such “hints” quite often, and it is a pity that we do not draw any conclusions. What if we will not have enough time to scream, “Have mercy on me!”