Personal Story: The Confession of a Suicidal Man 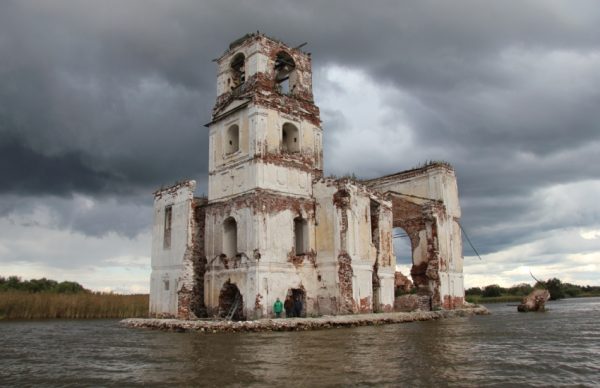 In my years of experience as a priest I had one very interesting story. Once my relative, who lives in a remote village, asked me to come to her and help her build some form of crossing over a small river because the residents dismantled the old bridge and and scrapped the material that were left.

So I responded to her call and came. But I could not get to work right away as my aunt decided to start my visit by showing me her chapel in a neighboring village, a partially destroyed church in the same neighborhood, and then she asked me to stop by the local store. We did all this, went around and looked around the said places. Having done all this it seemed to me that we could start repairing the bridge… but not so fast!

We were constantly detained and delayed: a widow came up to me in the chapel and asked to a panihida (memorial service) for her husband; in the store, talkative customers detained my aunt for another 15 minutes; on the way to the church – the principal of the local  school stopped my aunt and began to reprimand her for her foster child who was reprimanded for being a disorderly student. With all this I was getting nervous because there was less and less time for me to do real work.

Finally we got into the car and it seemed as if we were ready to go to the river. At that very moment a strange young man appeared out of nowhere and knocked out on our car window.He was probably about 29, wearing glasses, all red, and quite breathless. He asked me:

— You’re not from church by any chance?

— You know, I am about to go hang myself. I would like to confess to you before I do so.

His serious family problems, and his male self loathing and pride were hurt to the extreme. And as we know, one sin begets another, all the way to suicidal thoughts.

With me I had the book of needs, a gospel, and a cross. I went out got everything I needed, put on my epitrachelion, read the prayers before confession, settled in the ruined church bell tower which was covered in graffiti with a put out bonfire,where it looked like someone had recently cookedon. The confession of the young man was quite long. Yet time flew by very quickly, but we talked for a very long time. Eventually the changed his mind about killing himself …

By the Grace of God, he is alive to this day. Thought his life over, understood his mistakes. A life had been saved!

And I often think back and glorify the All-Merciful God, who brought a priest 400 km from his home, detained him for just the right amount of time, and at the right places. All this for a man in despair and spiritual agony to have the opportunity knock on the window of his car and subsequently correct his life. This young man gave that opportunity a chance. He deserves a level of honor and praise.