What is it that Makes a Marriage Endure? 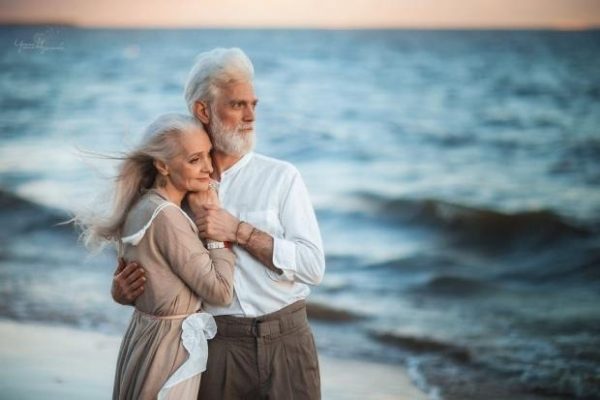 What is it that makes a marriage endure? It’s not that both are the same character.  For we compliment each other through our differences as we face the tasks of life.

Elder Paisios uses the following common sense example, “A car needs the gas pedal to move but it also needs the brakes to stop.” It is through our differences that we find harmony. Elder Paisios said think what would happen if you were both the same character. “For example, if both of you had a short fuse you would tear the house down.”  Our compatibility in difference is the harmony of God.

What is essential for a good marriage is respect for each other’s uniqueness. Respect is what leads to pure love.

Elder Paisios puts it this way:

Couples should have a purified love for one another… To live harmoniously couples need from the very start to set their love as the foundation of their life, a true genuine love, one that is found in spiritual nobility, in sacrifice, not in fake, worldly and carnal love.  If there is love there is sacrifice, one will always arrive at the standpoint of the other, understand the other, have compassion for the other. And when we take our neighbor into our suffering heart, then we take Christ Himself into our heart, and He fills us with His ineffable exultation.

Too often we think of love in terms of carnal or sexual encounters.  Such physical love is not evil in a marriage relationship but such love only unites people externally. When the worldly attributes of such encounters are gone such love separates them and there is the feeling of loss. But the Elder says, “When there is spiritual true love between a couple, and if one spouse losses his or her worldly attributes, not only will this not separate them, but it will unite them all the more.”

The Elder shares a story of a Greek-American doctor who told him about what was clearly an encounter with the uncreated light of God. Elder Paisios then seeks to find out the condition for this encounter. The story follows:

I marveled realizing that this man had been made worthy to see the Uncreated Light, and I asked him to tell what had preceded this. “Father”, he went on, “I’m married and have three children. We had a good family in the beginning. But later on my wife didn’t want to stay home with the children; she wanted us to go out with friends. I went along with her wishes. After some time she said that she wanted to go out with her friends alone, without me. I accepted this too, and stayed home with the children. Later, she didn’t want us to go on vacation to gather and asked for money to go by herself. Finally, she asked for a separate apartment to live alone. This, too, I did for her; but she had her friends over all the time. During this entire time, I tried to help her through various means, by caring for her, loving her and giving her advice; I tried to make her think of the children who missed her, but she remained unmoved. In the end she took a great deal of money from me and disappeared. I searched and asked for her everywhere, but it was in vain.  I had completely lost track of her. One day, I learned that she had come to Greece and was living in a house of ill repute. I just can’t describe how upset I was by her sorry state. In my utter grief, I knelt down to pray. ‘My Lord,’ I said, ‘please help me find her and do whatever I can to help her not lose her soul. I can no longer bear to think of her utterly fallen state of being.’ It was then that the light flooded my room and my heart was filled with peace.” “My brother,” I told him, “God took notice of your patience, your forgiving spirit and your love, and brought you consolation in this manner.”

The central idea behind lasting love is respect and sacrifice.  This is how God loves us.  He shows us how we are to love each other.  Harmony in marriage only comes from this pure love that is beyond all physical aspects of a sexual relationship. With pure love we will see God. Marriage can be a powerful path to union with God.